Heinrich ANINGER (originally Abeles) was born in Senomat (near Rakonitz in Bohemia, now in the Czech Republic) on July 15, 1867. He was a Jewish merchant, a board member of the official Salzburg Jewish Community Jude and part owner of the Salzburg firm Fischer & Aninger at 7-9 Sigmund Haffner-Gasse (which sold brushes and fashion accessories).

His Jewish wife Klara, née Taussig, was born in Rakonitz on April 30, 1882. She was the sister of Emilie FISCHER, the wife of Heinrich’s partner Ludwig FISCHER.

Klara and Heinrich’s son Hans ANINGER was born in Salzburg on October 12, 1907. He attended the local academic high school, studied law and became a civil service official. The entire family had local citizenship rights in Salzburg and lived at 6 Franz Josef-Straße in the upper middle class Andrä-Quarter.

It was one of the big city style »Heller-houses« that were built near the palatial »Faber-houses« in the late nineteenth and early twentieth century Gründerzeit – which provided homes for many of Salzburg’s Jewish families and were called »Jew houses« in virulently Antisemitic Salzburg.

After the »Reichskristallnacht« pogrom of November 9-10, 1938 the ANINGER family had to move out and turn their lovely apartment over to a Nazi official. The ANINGER couple was expelled to Vienna. At the same time their son Dr. Hans ANINGER was imprisoned in the Dachau concentration camp for a few weeks and was only released on the condition that he leave the country in short order. He was able to get an American visa and reached New York on March 25, 1939.

His parents were left behind in Nazi Vienna where they lived at 2 Rembrandtstraße in the 2nd District. On July 14, 1942 they were deported to the Theresienstadt concentration camp along with the FISCHER and SPIEGEL families who had also been expelled from Salzburg’s Andrä-Quarter.

On August 1, 1942 the 75 year old Heinrich ANINGER was murdered in Theresienstadt and his 60 year old wife was murdered there on October 4, 1942.
Their son Hans took the name John Henry in the US and married a Jewish woman named Irma Rosenkranz who had escaped from Germany. He died in Los Angeles on March 20, 1986. 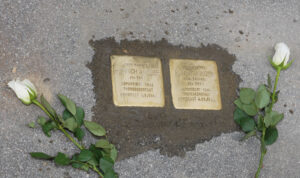 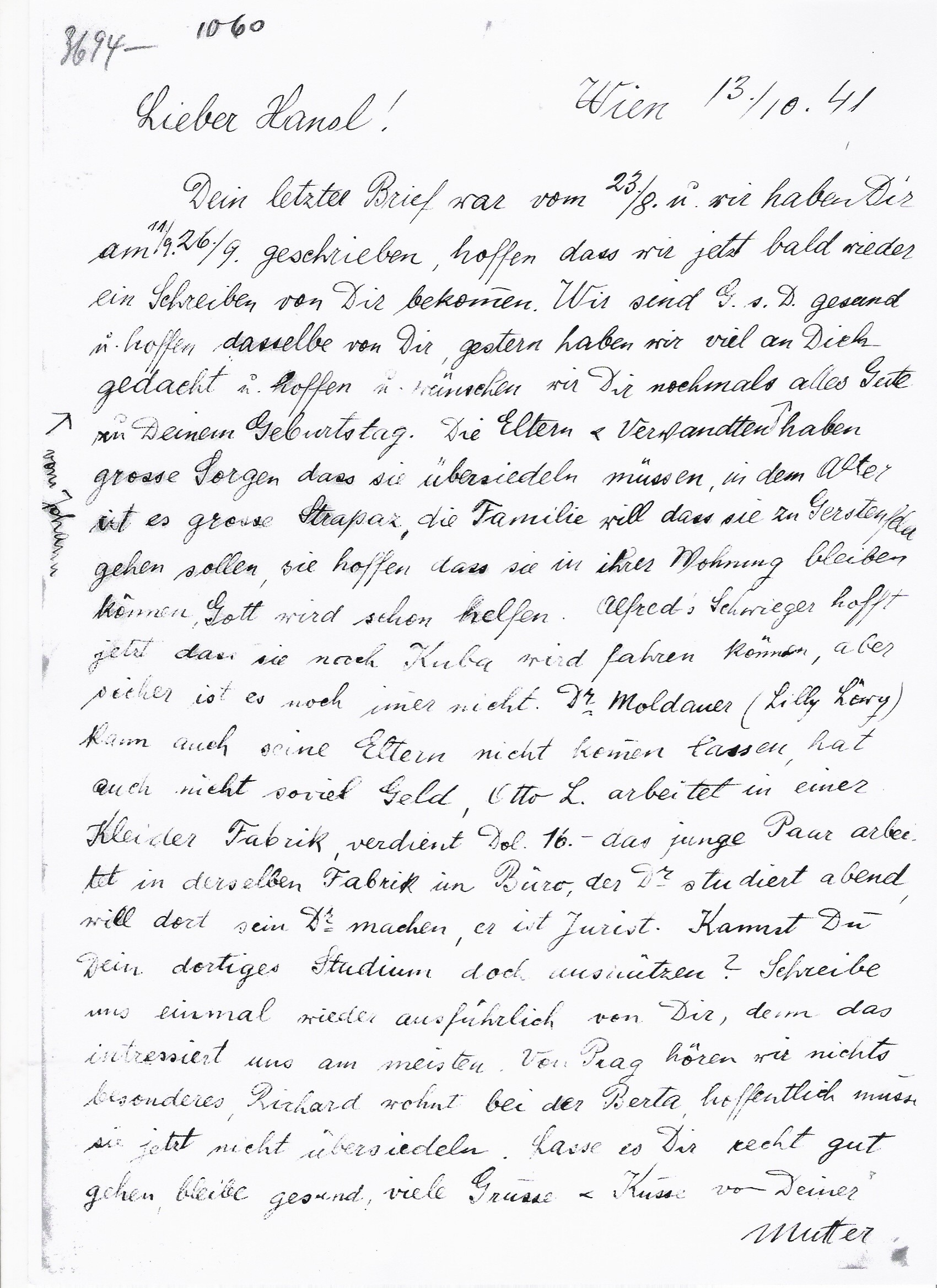 »Letter from Klara Aninger to her son Dr. Hans Aninger, who had been able, probably with the help of the Latzko family, to leave Salzburg. Dr. Hans Aninger married Irma Rosencrans in New York, the mother of my unlce, Dr. Ernest Rosencrans.

Dr. Ernest Rosencrans, now (2010) 80 years old, lives in Los Angeles; he never met his step-grandparents. Relatives of his mother Irma have bequeathed a large collection of paintings by Impressionists to the American state in graduate that the U.S. had saved their lives.« 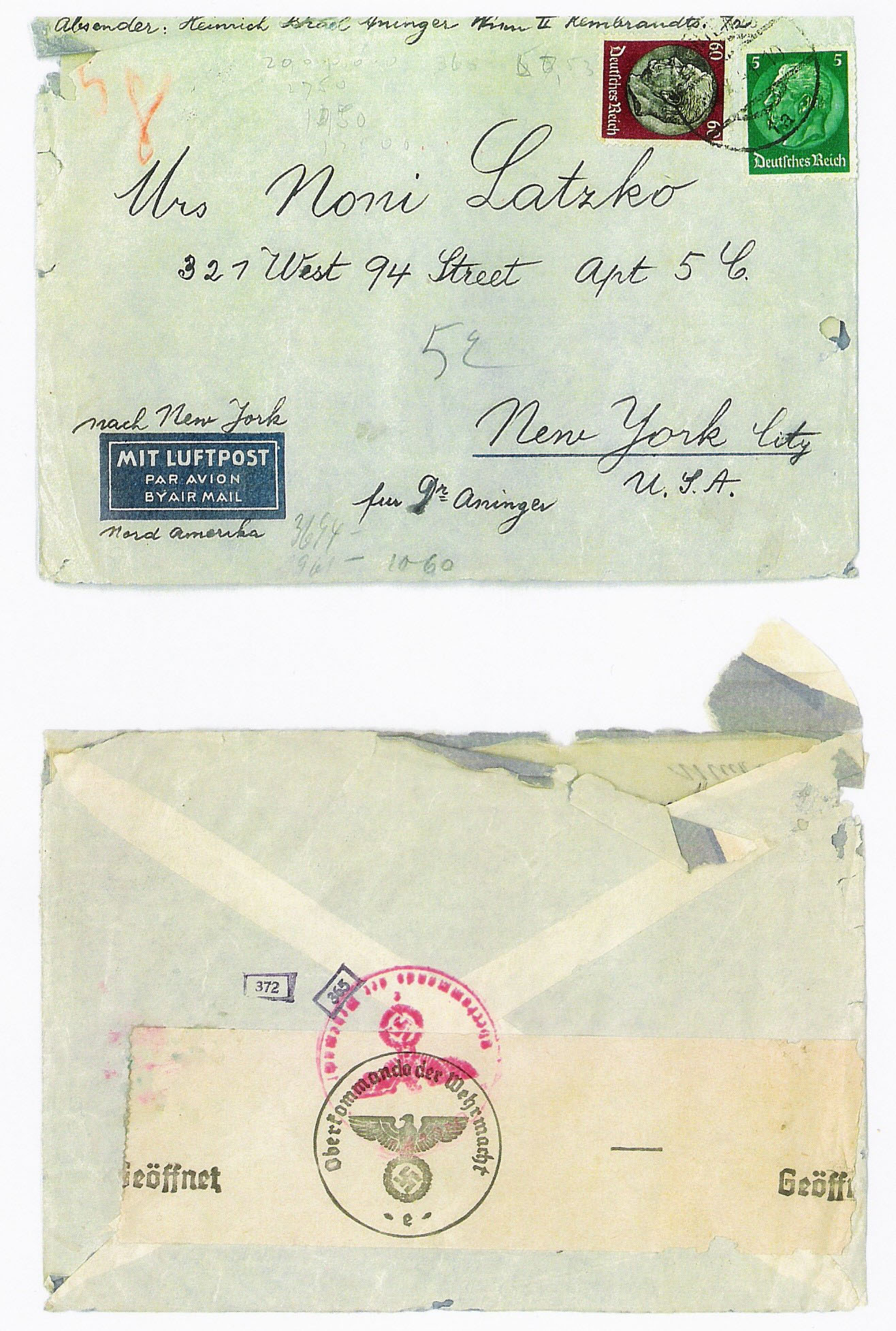 All stumbling stones at Franz-Josef-Straße 6