Anna PRÄHAUSER, née PICHLER, was born near Salzburg in Großgmain on August 6, 1902. She and her railroader husband were members of the illegal Austrian Communist Party when the Nazis ruled Austria.

They were both arrested by the Gestapo in January 1942, but their fates were then very different. In contrast to her husband, Anna PRÄHAUSER was never brought before any court but was simply shipped off to Auschwitz. There she was murdered at 40 years of age on October 16, 1942.1

On July 9, 1943 the now widowed Anton PRÄHAUSER was sentenced to six years imprisonment for »conspiracy to commit high treason.«2 He survived the imprisonment and returned to Salzburg where he died in 1984.

Heinrich AUER was born in Salzburg’s Maxglan district on September 21, 1909 and had trained as a pastry chef, but ended up working as a stoker for the city gas works. He was unmarried, lived with the PRÄHAUSERs at 91 Vogelweiderstraße3 in the Schallmoos neighborhood, and was a member of the gas works group of the illegal Austrian Communist Party.

In January 1942 he was also arrested by the Gestapo, and he was deported to the Dachau concentration camp on August 24, 1942. On April 6, 1943 the People’s Court sentenced him to death for »conspiracy to commit high treason«, and the 33 year old was executed in the München-Stadelheim prison on Juli 30, 1943.4

On the initiative of the Salzburg Association of Austrian Concentration Camp Prisoners and Victims of Political Persecution the bodies of the murdered resistance fighters Heinrich AUER, Karl SCHALLMOSER, Anton SCHUBERT and Rudolf SMOLIK were exhumed from the forest cemetery of München-Perlach.

On December 14, 1952 they were ceremonially reburied in the Salzburg Communal Cemetery with the participation of Pastor Franz Dürnberger from Gnigl.

It is documented, however, that the bodies of the executed resistance fighters Heinrich AUER, Karl SCHALLMOSER, Anton SCHUBERT and Rudolf SMOLIK were handed over to the Würzburg Anatomy Department for study purposes and could therefore not be exhumed at the »Forstfriedhof« in Munich-Perlach. (Arolsen Archives)

1 Six women from Salzburg’s Gnigl, Itzling and Schallmoos districts were deported to Auschwitz without any judicial proceedings and murdered there in 1942: Rosa Bermoser, Maria Bumberger, Anna Frauneder, Marianne Innerberger, Anna Prähauser und Anna Reindl. The Communist Josefine Lindorfer from Hallein was also deported from the police jail in Salzburg to Auschwitz where she was murdered.

3 The house at 91 Vogelweiderstraße, which belonged to a railroader family, was close to the Ramsauer Inn at 96 Vogelweiderstraße. The Ramsauer Inn was frequented by railroaders and other workers and the Nazis considered it to be a resort for resistance conspirators. The woman who managed it, Theresia Roider, was held in custody until the liberation in 1945. Her husband Franz Roider reportedly committed suicide in the police jail on February 25, 1942. 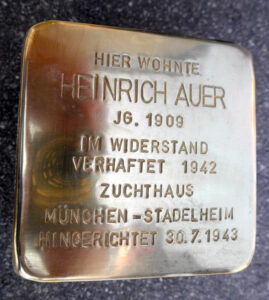 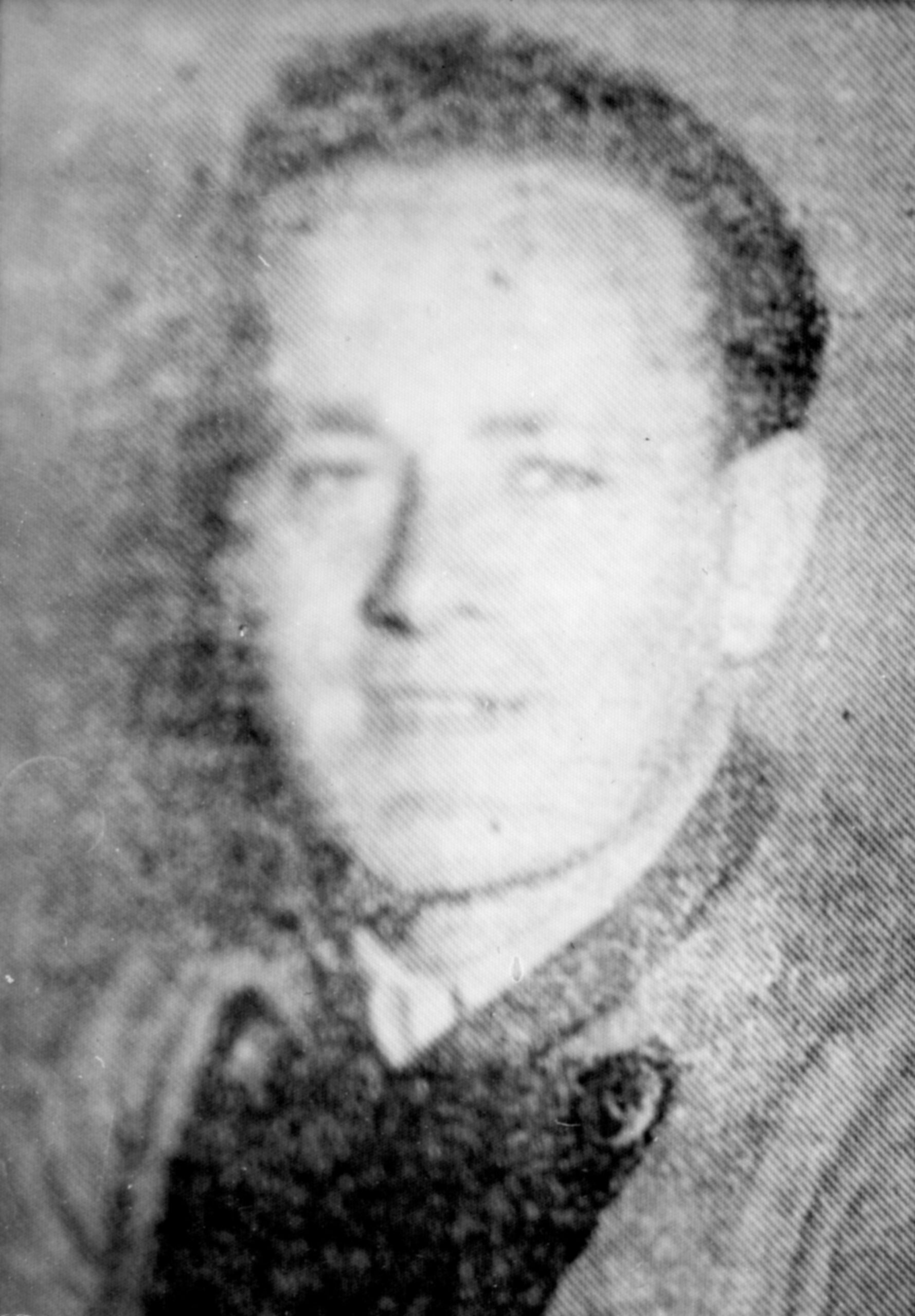 Heinrich Auer
Photo: Archive of the Communist Party of Austria 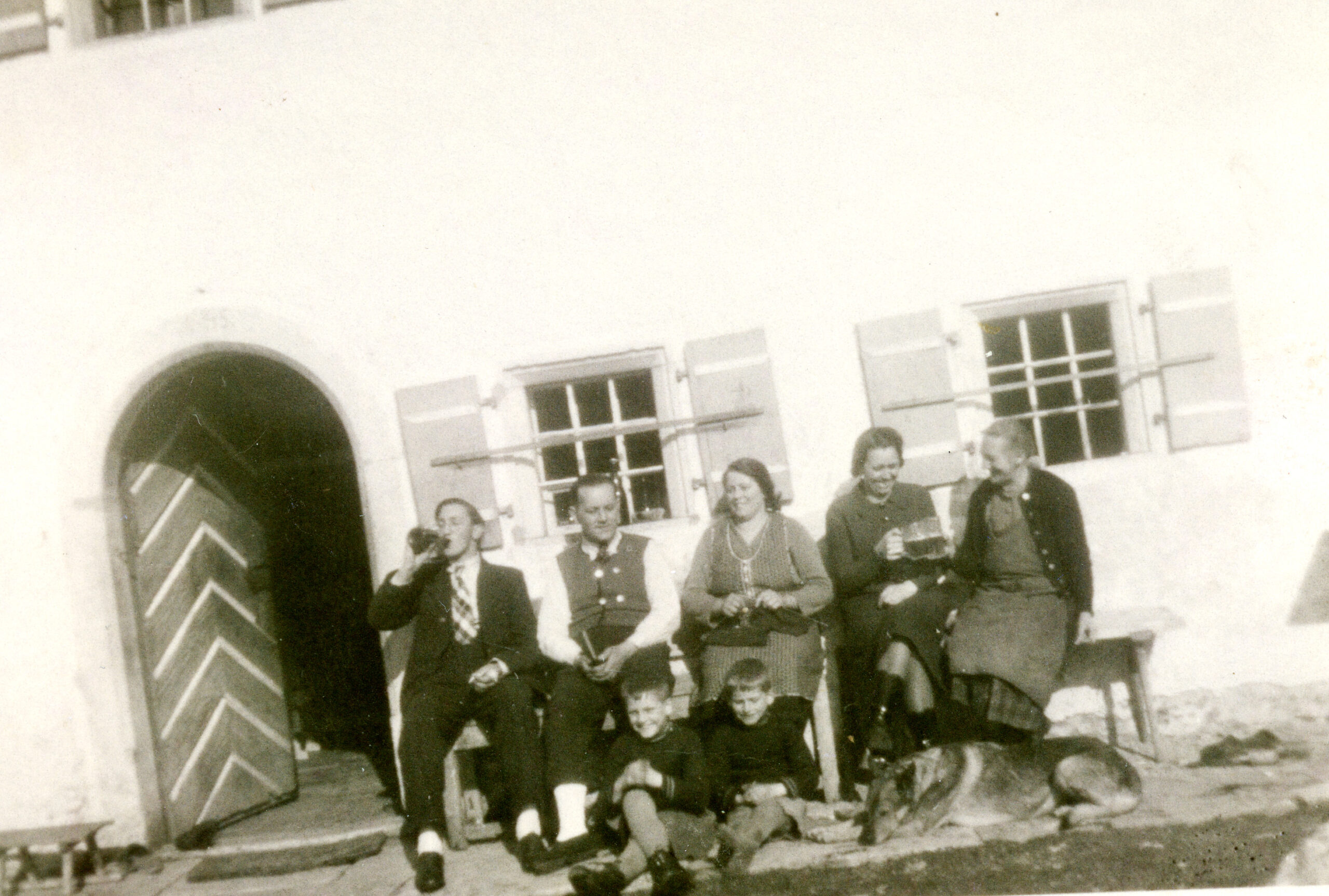 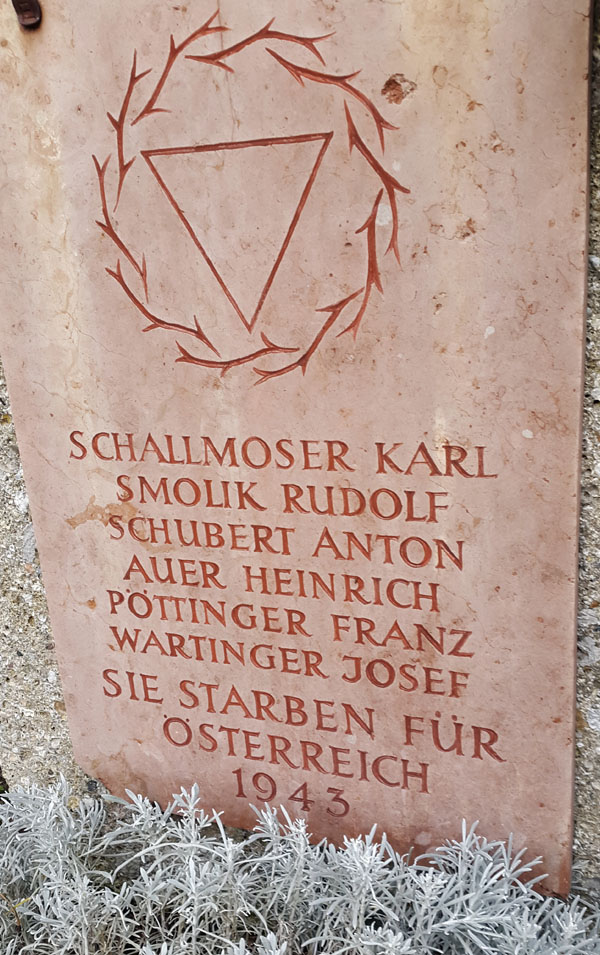 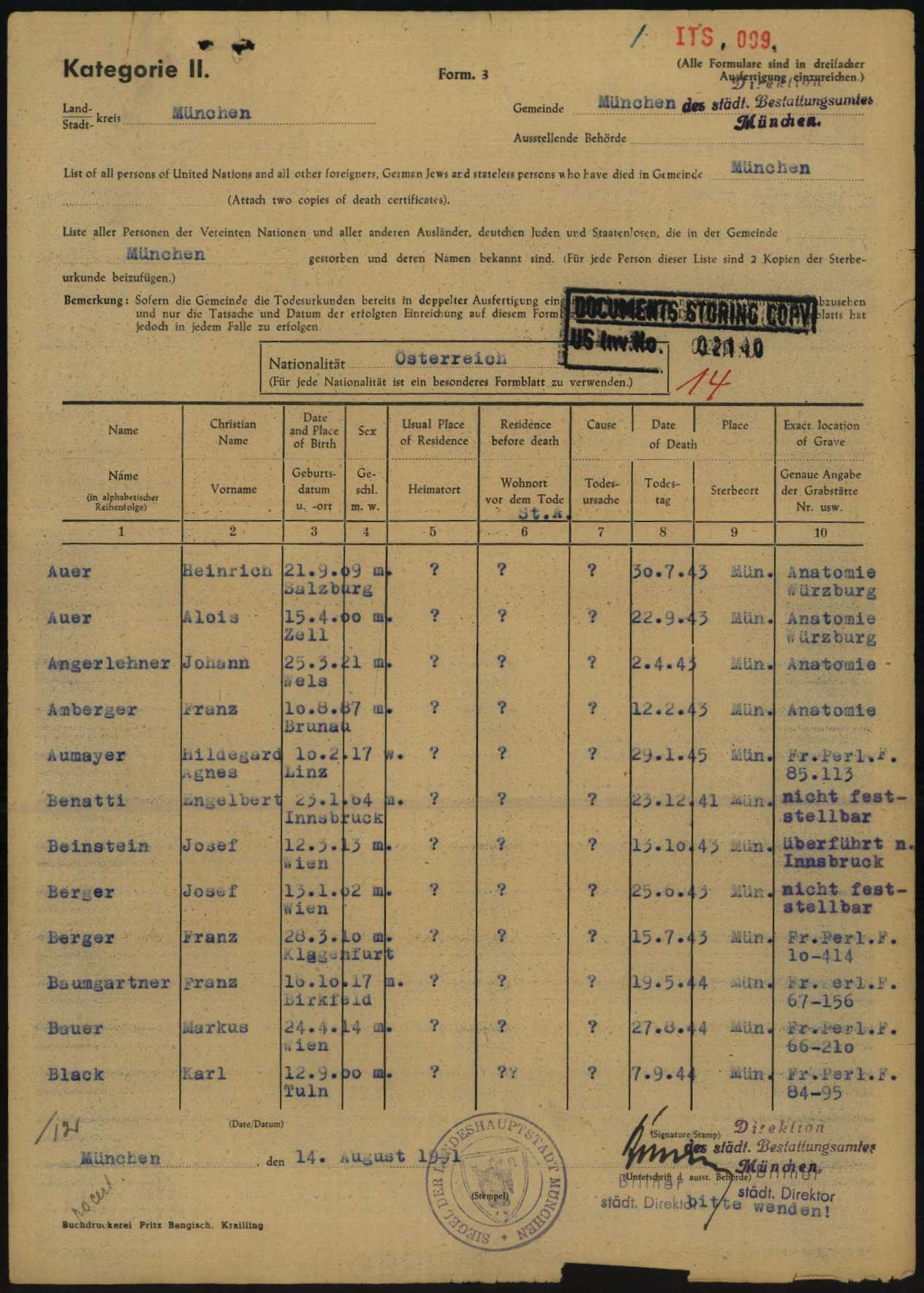 All stumbling stones at Vogelweiderstraße 91