Felix KLAR was a Jewish musician who had been born in 1900 in Skalat, Galicia (then in Austria-Hungary, now in Ukraine). After 1933 he was active as a musician and conductor in Salzburg (presumably at the Mozarteum). He lived with his wife Anna (who was not Jewish) at 6/II Bayerhamerstrasse, Schallmoos.

After the German invasion of Poland he was considered an enemy alien because his birthplace had become part of Poland after 1919, and he was arrested in his home in Salzburg by the Gestapo on September 5, 1939. On October 16, 1939 he was deported to the Buchenwald concentration camp.

In Buchenwald Felix KLAR became friends with fellow inmate Marko M. Feingold, who is now president of the Salzburg Jewish community. On October 17, 1942 Klar was transferred to Auschwitz where his fate was long unknown. Recent research shows that Felix KLAR was among those prisoners who were sent out on death marches by the SS in January 1945, just before the liberation of Auschwitz by the Red Army. Many of the prisoners died en route, but 3,451 prisoners, arrived totally exhausted, half frozen and sick at the Mittelbau-Dora satellite of Buchenwald concentration camp in early February 1945. Prisoner number 106983, Felix KLAR, was one of them. On April 11, 1945 Felix KLAR was liberated by the U.S. Army from the part of the camp for dying prisoners. He was seriously ill with pulmonary tuberculosis and was taken to the Sülzhayn sanatorium in Thuringia, but he was beyond saving and died there on April 24, 1946.

Under the Nazi regime his non-Jewish wife who had been left behind in Salzburg was forced to divorce her Jewish husband in order to be allowed to work. As a result of this forced divorce she was denied victim assistance after the war. She died in Salzburg in 1957. 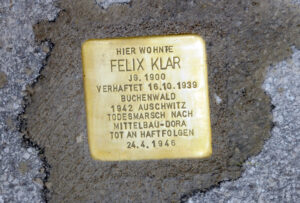 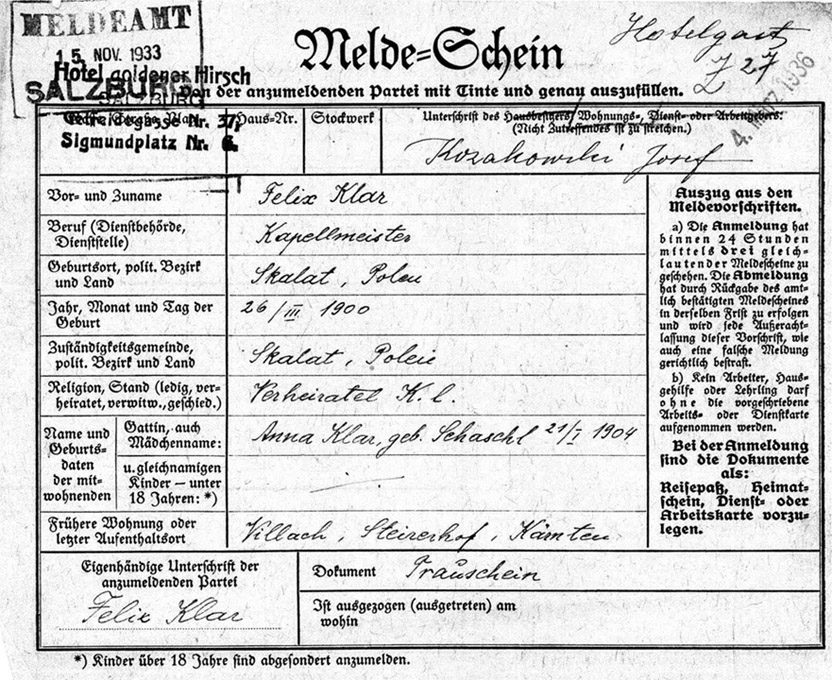 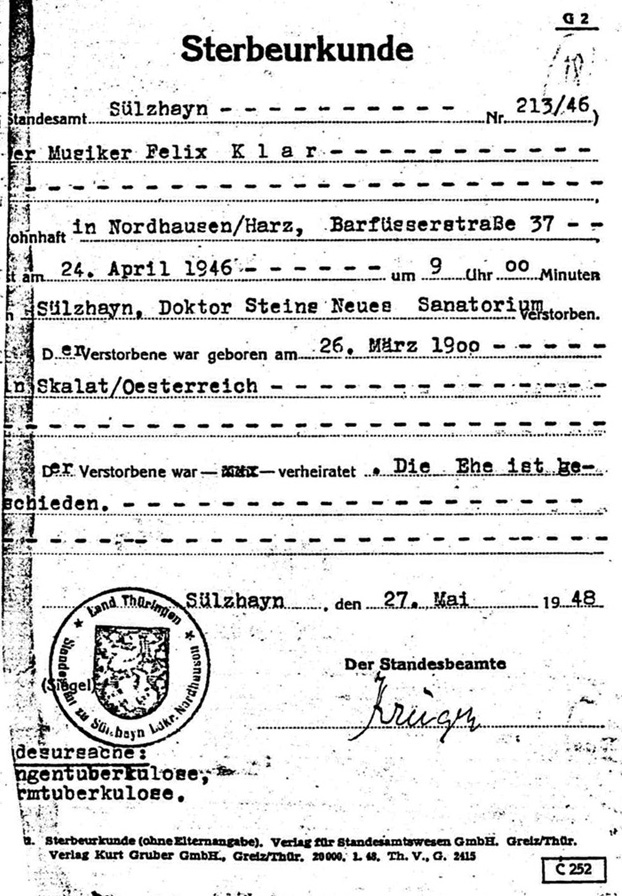 All stumbling stones at Bayerhamerstraße 6