Erich LEINSDORF was born as Erich Landauer in the Habsburg Imperial Capital of Vienna on February 4, 1912. He was the only child of the Jewish couple Julius Landauer & Charlotte Landauer neé Loebl. Julius worked in shoe sales and, was an enthusiastic amateur pianist. He died in January 1915 at only 45 years of age when his son Erich had not yet reached his 3rd birthday.

The half-orphan, who grew up in humble circumstances, received piano lessons from Martha Pisk and theory lessons from her husband, the composer Paul Amadeus Pisk, who worked as a music advisor at the adult education centers in the socialist stronghold known as Red Vienna.

It is therefore not surprising that when Erich Landauer made his debut as a pianist at the age of 15 in April 1927, he did so at the Ottakring district Volkshochschule [People’s High School] – and that the social-democratic Arbeiter-Zeitung reported that he continued to appear there later on.

On November 12, 1928, Erich Landauer took part in the celebrations in Vienna’s working-class districts marking the tenth anniversary of the Republic of Austria. Workers’ music associations offered choir and symphony concerts.

That the prominent composer Anton Webern was the choirmaster and conductor in the celebrations in Red Vienna is well known. But the fact that Webern had a young accompanist there named Erich Landauer is hardly known at all.

It is possible that this artistic activity as an accompanist for Webern inspired him to take the course in conducting offered by the International Mozarteum Foundation for the first time during the 1930 Salzburg Festival Summer. The teachers were Bernhard Paumgartner, director of the Mozarteum; Meinhard von Zallinger, conductor in Cologne, and Herbert von Karajan, conductor in Ulm (who conducted the Salzburg Festival debut of Max REINHARDT’s production of Goethe’s Faust in 1933).

What is especially important, however, is that the Mozarteum conducting courses took place during the Salzburg Festival and attracted international attention. The course participants were able to hear lectures by prominent conductors such as Clemens Krauss, Franz Schalk and Bruno WALTER. This made it possible for their students to establish the sort of international contacts that are so important for artist careers.

Erich Landauer finished his training as a conductor at the Vienna State Academy for Music by conducting a concert in the Great Hall of the Vienna Music Association on June 23, 1933. Landauer was 21 years old when he stood at the conductor’s podium and it was his only public appearance as a conductor before he went into exile.

Erich Landauer’s name can often be found in the Austrian radio programs of the 1930s: mostly as the piano accompanist for the lieder and concert singer Erika Rokyta, who also appeared at the Salzburg Festival. When »Modern Music« with compositions by Alban Berg and other »New Toneers« was broadcast from Vienna on September 21, 1936, the piano accompanist was Erich LEINSDORF.

Research has revealed that Erich Landauer had been using the stage name LEINSDORF since the Salzburg Festival summer of 1934: first as assistant to Bruno WALTER and then, on his recommendation, as assistant (accompanist) to  Arturo TOSCANINI, specifically for the rehearsals of the operas Falstaff, Meistersinger and The Magic Flute.

Before Arturo TOSCANINI and his assistant LEINSDORF traveled to New York in October 1937, the program of the Salzburg Festival for 1938 had already taken shape: TOSCANINI intended to conduct five operas including Richard Wagner’s Tannhäuser and LEINSDORF was again scheduled to act as his assistant.

After the ultimatum of the German Chancellor Adolf Hitler on February 12, 1938 in Obersalzburg the Austrian Nazis were given important positions in the Austrian government and TOSCANINI announced his refusal to participate in the Salzburg Festival.

With TOSCANINI’s support Erich LEINSDORF was able to move to the leading opera house in the USA: the Metropolitan Opera, which had a large German-language repertoire. On January 21, 1938 the 26 year old LEINSDORF made his debut there as conductor for Richard Wagner’s opera Die Walküre.

After the »Anschluss« [annexation] of Austria to the German Reich in March 1938, however, the priority for many became to save their loved ones from Nazi persecution. In August 1938 Erich LEINSDORF was in Europe, in France and probably in Switzerland or Czechoslovakia to prepare for his mother’s escape.

He succeeded: on December 15, 1938 Erich LEINSDORF was able to welcome his 64-year-old mother Charlotte Landauer in New York. In August 1939, LEINSDORF married the Jewish Anne Frohnknecht, with whom he had five children: David, Gregor, Joshua, Deborah and Jennifer.

The American career of the conductor Erich LEINSDORF is well documented, but his work as a guest conductor in his liberated hometown of Vienna is generally unknown: In January 1947, at the age of 35, he conducted Jaromir Weinberger’s opera Schwanda, der Dudelsackpfeifer [Schwanda the bagpiper] at the Volksoper (the Vienna State Opera was in ruins):

Erich Leinsdorf, a guest from New York and conductor of the performance, did an admirable job characterized by precision, swing, musicality and high intelligence. [But] not a hand had moved to greet him …
Die Weltpresse, January 18, 1947, p. 3

It was no coincidence that no hand had moved to greet him in liberated Vienna. As an expelled Jew, he was not welcome in his anti-Semitic hometown. This was shown again when he gave a lecture on American musical life on February 21, 1947:

Was it really only the tram and the insecurity in the streets of Vienna that led to the more than poor attendance in the chamber music hall of the Musikverein?
… Erich Leinsdorf, a native of Vienna, who has been working in the USA without interruption since 1937 and who is currently residing for around seven weeks as a guest conductor for opera and concerts in Vienna, was visibly affected by the few attendees when he took the lecture platform and was understandably irritated.…
Wiener Zeitung, February 23, 1947, p. 4

Nonetheless, Erich LEINSDORF still made a few more appearances in Vienna as a worldwide guest conductor, with the last in October 1984 when he conducted Ernst Krenek’s opera Karl V (in twelve-tone technique) at the Vienna State Opera, the premiere of which had been canceled in Vienna for political reasons in February 1934.

Erich LEINSDORF, a US citizen since 1942, died in Zurich Switzerland on September 11, 1993 at the age of 81. He was survived by his wife Vera Graf Leinsdorf and all five of his children from his first marriage.

His grave is in New York’s Mount Pleasant Cemetery, not far from the grave of his mother, who died in New York in 1960 at the age of 86. 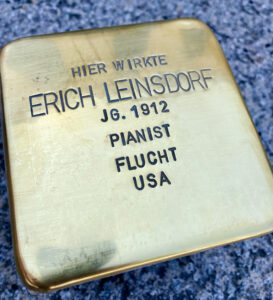 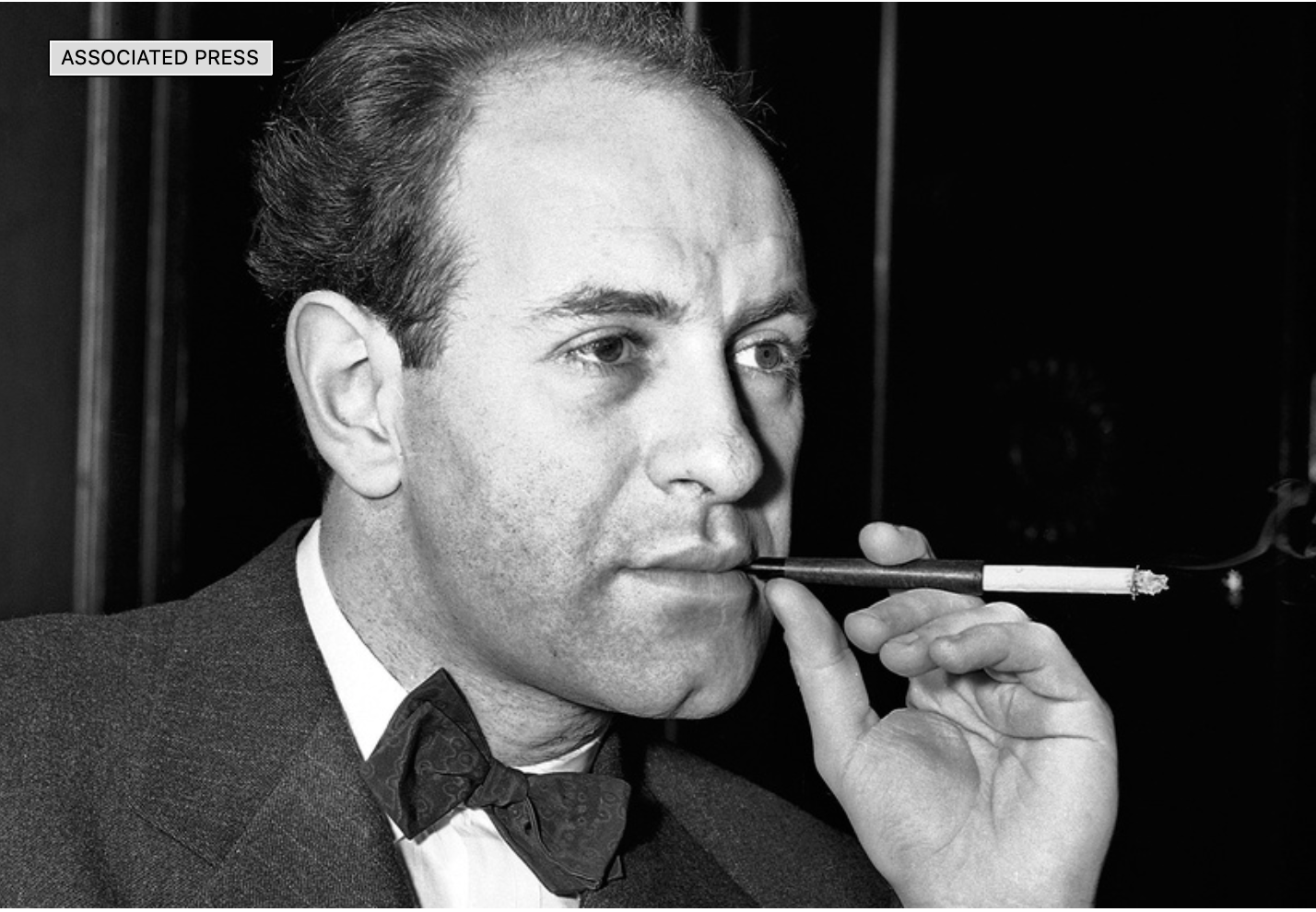 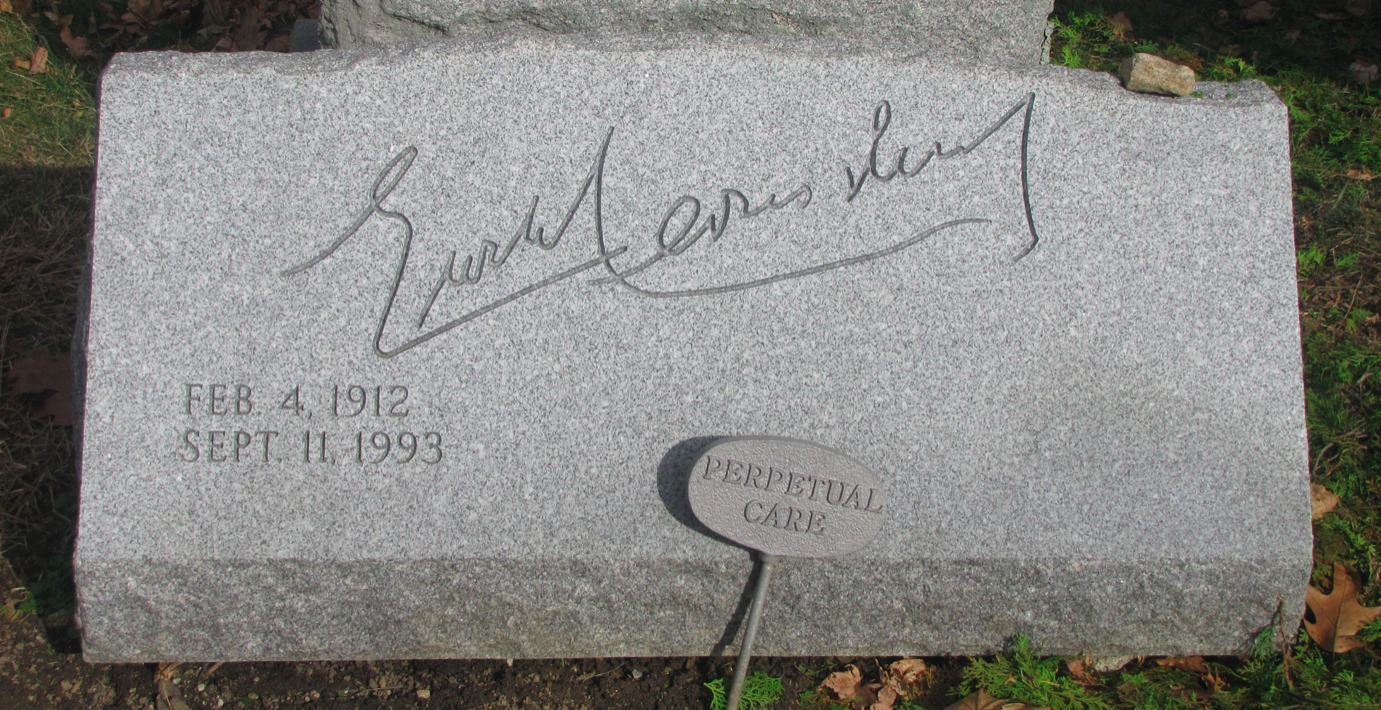