René Lucien Coilliaux was born in Vimy, in the French Département Pas-de-Calais, on September 12, 1913. He was a Roman Catholic French Prisoner of War who was interned in the City of Salzburg by the Nazi regime and put to work as a forced laborer.

According to official sources twenty-nine year old René Lucien Coilliaux was killed in an accident on December 2, 1942, when he fell into the Salzach and drowned during the construction of the Staatsbrücke – called »the Dr. Todt Bridge« by the Nazi authorities.1

It’s not known if he had any surviving relatives because little is known about the families of foreign victims due to the general paucity of files kept on them: POWs, forced laborers and their survivors had no right to claim victims’ compensation in post-war liberated Austria.

Thanks to information we received from France in January 2020 we now know about the survivors of this French prisoner of war who died in Salzburg: his widowed mother Zulma Coilliaux died in Vimy in 1971 and his younger sister Lucienne Peuvion died there in 2018.

1 It was named the »Dr. Todt Bridge« after Dr. Fritz Todt, Nazi Germany’s Reichsminister for Arms and Munition who died in 1942. 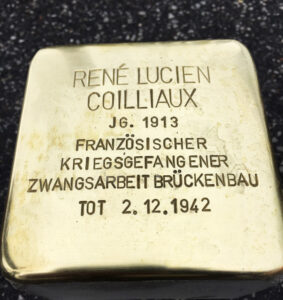 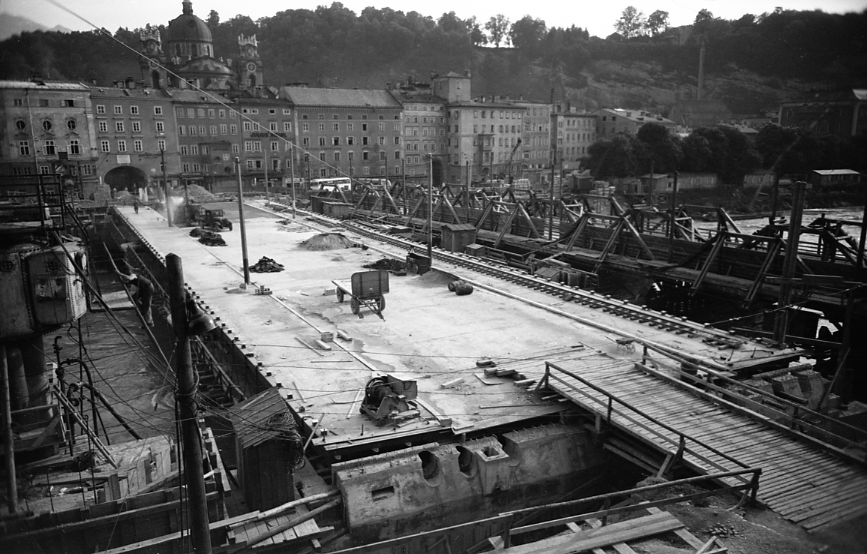 All stumbling stones at Staatsbrücke