Natalie ROSENTHAL, neé BERNSTEIN, was a Jewish woman who was born on March 23, 1885 in Vienna. She was a widowed1 piano player and music teacher active in Vienna, Bad Reichenhall, Bad Gastein and Salzburg. On November 1, 1942 she was deported from Vienna to Riga2, where she was murdered. Her brother Richard Bernstein was murdered in Auschwitz and her sister Else Bernstein was murdered in the killing center for the handicapped at Schloss Hartheim near Linz (Upper Austria). The graves of their parents, Chaim (Heinrich) und Marya (Marie) Bernstein are in the Jewish section of the Central Cemetery in Vienna (I/51/10/97).

1 Her husband was Hugo Rosenthal who had been born in Radaxdorf Prussia on January 5, 1877 and who died before 1930. 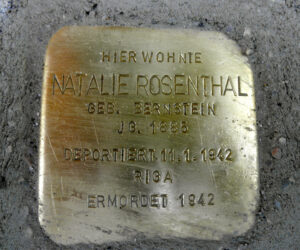 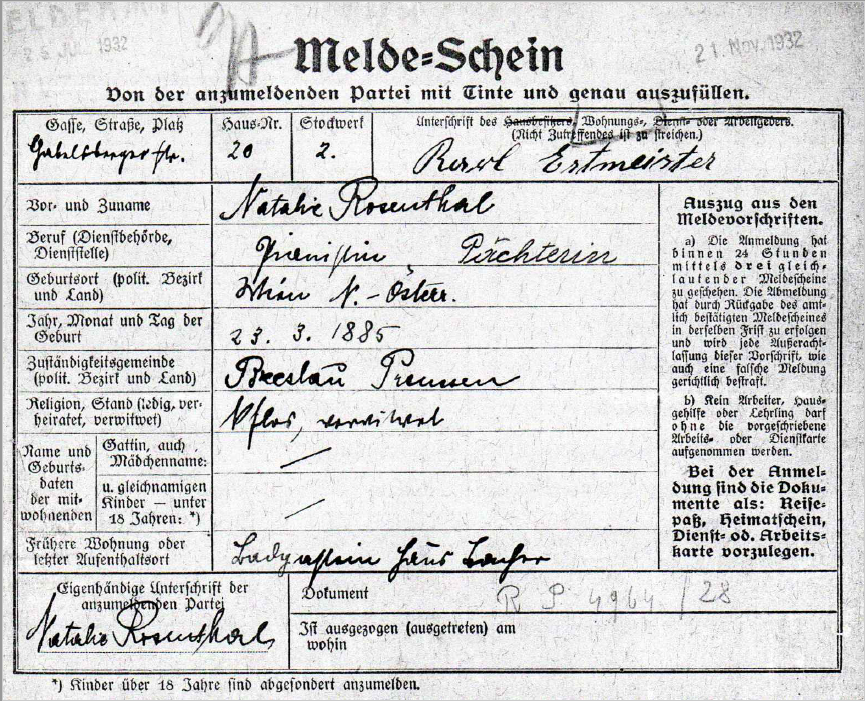