Karl VOGL was born in Gnigl [now part of the city of Salzburg, but then a separate community] in 1894. He was a Catholic cattle dealer and was married with one child. In January 1938 he was admitted to the Salzburg Provincial Sanitarium for the first time.

On April 17, 1941 he was sent from there to the extermination center at Hartheim Castle near Linz in Upper Austria where he was murdered.

His son has sponsored this Stolperstein. 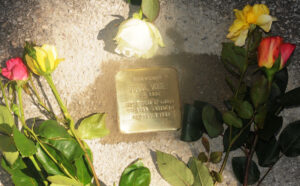 All stumbling stones at Innsbrucker Bundesstraße 21