Julius STWERTKA was born in the Habsburg capital and imperial residence Vienna on March 7, 1872. He was the oldest child of the Jewish couple Antonie Stwertka née Figdor and Alois (Lazar) Stwertka, a professional musician. Both of his parents were buried in the Jewish section of the Vienna Central Cemetery at Gate 1.

In 1899 Julius STWERTKA married the singer Rosa Kohlberg in Munich. They had two children, both of whom were registered with the official Jewish Community of Vienna: Franz, born on October 30, 1903; and Margarethe (Grete), born on June 23, 1905.

Julius STWERTKA remained Jewish, but was still able to make a successful career as a violinist: concertmaster at the Hamburg City Theater and at the Vienna Court Opera, member of the Vienna Philharmonic, professor at the Vienna Conservatory and at the Music Academy, and finally violinist with the Rosé-Quartet.

Julius STWERTKA performed twice at the Salzburg Festival with the Rosé-Quartet (as violist), the second time with the violinist Alma ROSÉ on August 30, 1936.

Julius STWERTKA had been retired for a year and a half when the Jewish artists were expelled from the Vienna State Opera and Philharmonic Orchestra in March 1938.

The STWERTKAs stayed in Nazi ruled Vienna and were forced to move several times before 32 Novaragasse in the 2nd District became their last address. Julius STWERTKA had four younger siblings living in Vienna: somehow his brother Josef managed to escape to Haifa, Palestine in December 1940.

His brother Berthold, also a musician, died in Vienna on May 6, 1941. On April 9, 1942 his brother Max was deported with his wife Elsa to the Izbica ghetto in occupied Poland (a transfer point for deportation of Jews to the Bełżec and Sobibór extermination camps). STWERTKA’s sister Lina was murdered in Maly Trostinec near Minsk on June 1, 1942.

A few weeks later, on August 27, 1942, Julius STWERTKA was deported to the Theresienstadt concentration camp with his wife Rosa and their adult children Franz and Grete.

Rosa, Franz and Grete were among the 2,500 Jews shipped out from Theresienstadt in freight wagons on May 16, 1944. A few days later they arrived in Auschwitz and were murdered in the gas chambers there. 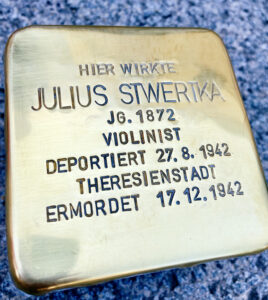 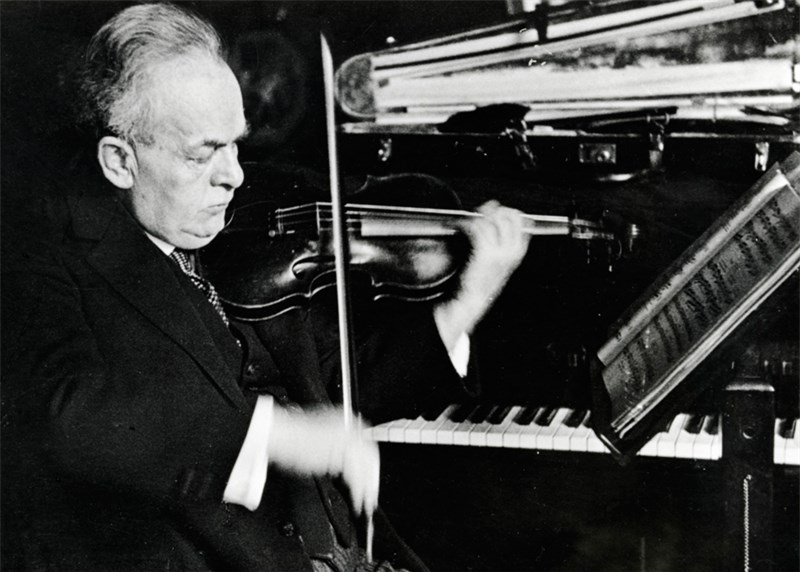