Emil WIELAND was born in Vienna on January 7, 1914 and was a Catholic agricultural worker and milker. He lived in a rural community of Salzburg and had two children who were born under the Nazi regime.

He and his life partner remained unmarried because Emil WIELAND was prohibited from marrying under the Nazi regime because of his paternal ancestry – he was considered a »First Degree Mongrel«, a half-breed.

Little is known about his presumably Jewish father. His mother came from a well known Salzburg merchant family.

According to the police registration records Emil WIELAND had worked for a farmer in the Itzling neighborhood of the city of Salzburg since September 1944. Further information is found in a police report, though no reason for Emil WIELAND’s persecution is recorded there.

He was arrested at work by the Gestapo on October 3, 1944 and was evidently abused during his interrogation. In any case he was brought to the Salzburg State Hospital the next day. But on October 7th he was again taken to the police jail in Salzburg.

It is also known that on December 27, 1944 Emil WIELAND was deported from the police jail to the Dachau concentration camp, where he was registered as »protective custody« prisoner No. 137016.

He was reportedly »transferred« to the Sachsenhausen concentration camp on January 18, 1945, but there is no record there of either his arrival or of his death.

Recent research has established that Emil WIELAND was one of the 504 prisoners from the Dachau concentration camp who was reassigned to the 13th Railroad Construction Brigade on January 18, 1945. According to the last SS organization plan the 13th Brigade was officially assigned to the Sachsenhausen concentration camp and that explains the »transfer« of the Dachau prisoner Emil WIELAND to Sachsenhausen: a formality.

He was never imprisoned in the Sachsenhausen concentration camp, he was rather a forced laborer in a mobile concentration camp. SS-Obersturmführer Bernhard KUIPER, a well known concentration camp architect, was the commander of the 13th Railroad Construction Brigade Eisenbahn-Baubrigade which moved in the work trains of the German Railroad to repair railways in Bavaria and Hesse damaged by air raids.

Their last assignment was in Limburg. Many of the prisoners found their deaths in this dangerous heavy labor.

We loose sight of the 31 year old Emil WIELAND from Salzburg on the tracks of the German Railroad.

The Salzburg Court of Appeals declared him dead on March 9, 1953 and his children have only a photo to remind them of their father. 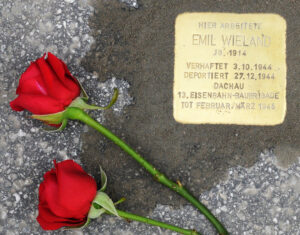 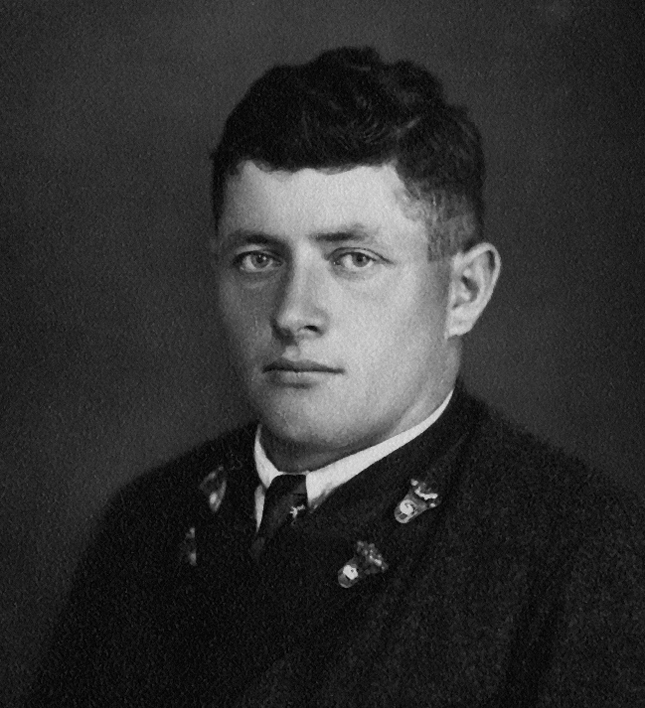 All stumbling stones at Itzlinger Hauptstraße 32