Theodor KURTZ was born on October 28, 1872 in the Upper Austrian city of Linz. He was the seventh and youngest child of a Jewish couple Leopold and Elizabeth KURTZ who founded a clothing store in Linz that had several branches.1 Their older sons, Isidor, Joseph and Henry acquired the »gunsmith’s house« at 28 Linzer Gasse in Salzburg in 1896. In 1902 the property was transferred to their younger brother Theodor.2 Theodor Kurtz was a master tailor with licenses for tailoring and trading in clothes, dresses, ladies’ and men’s fashions. He named his store »Zum Touristen,« the Tourist.3 In 1906 he converted to the Old Catholic religion, joining a church which had split from Rome in 1870 over Papal claims to infallibility. He was married twice, both times to non-Jews, and had two sons from his first marriage and a son from his second marriage. The members of the KURTZ family had full citizenship rights in the city of Salzburg under the old Austrian Heimatrecht Laws. 4

Theodor Kurtz had a heart condition and at the urging of his wife he left Salzburg to escape the stressful anti-Jewish boycott enforced by the Nazis, thus missing the looting of his store in the Kristallnacht Pogrom of November 1938. On the night of November 9-10, 1938 his store and apartment were looted and ransacked by Nazi Stormtroopers (damage claims amounted to 72.000 Reichsmarks).5 His wife Mary later recalled:

My son, who was home at that time, was arrested by the Gestapo. I myself was on business in Vienna, but was immediately informed by friends that everything was smashed to pieces. Even before this attack I had brought my husband to Vienna. He was well known here in Salzburg and I wanted to protect him from all the agitation. The boycott went so far that SS men [actually, judging from photographs they were Stormtroopers of the SA and not SS men–SN & GK] were stationed as sentinels along the entire front of the building, lined up so that no one could enter the shop. Although I had brought my husband to Vienna it did little good as he was arrested shortly afterwards and taken to the Regional Court in Vienna. Due to the great hardships and mistreatment he was seriously ill. He had suffered all his life from angina pectoris, aortic inflammation and dilatation of the heart. From the Regional Court he was transferred to the Stein detention center. He died there on October [August–GK] 24, 1943 of blood poisoning and malnutrition, weighing just 26 kg. He weighed 72 kg before the arrest.
My daily ordeal was the Gestapo, where they told me, ‘Take a broom and see that you continue to come’ ….6

Theodor Kurtz’ last residence was at 16/15 Große Mohrengasse in Vienna’s Leopoldstadt district. He was arrested there on November 22, 1942 and condemned by the Vienna Regional Court on February10, 1943 to five years in prison for »offenses against the War Trade Regulations«. He died on August 24, 1943 in the penitentiary Stein an der Donau.7 His brother Henry, who had been born in Linz on March 21, 1870, was deported to the concentration camp at Theresienstadt on June 28, 1942. On September 23 1942 he was transferred to the Treblinka death camp where was murdered.

The »Zum Touristen« clothing store was »Aryanized« [turned over to non-Jewish owners], as was the shoe store »Hans Sachs« which was also at 28 Linzer Gasse and which belonged to Berthold LAUFER, a member of the Salzburg Jewish community board. The LAUFER family was able to flee to England and Argentina. The building at 28 Linzer Gasse had been owned by the non-Jewish wife of Theodore Kurtz since 1933, so it was not expropriated. The widow Kurtz died in Salzburg in 1973, her son Richard, who returned to Salzburg in 1946, died here in 1992.

4 Certificate of Origin in the Salzburg City Archive 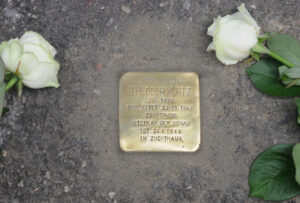 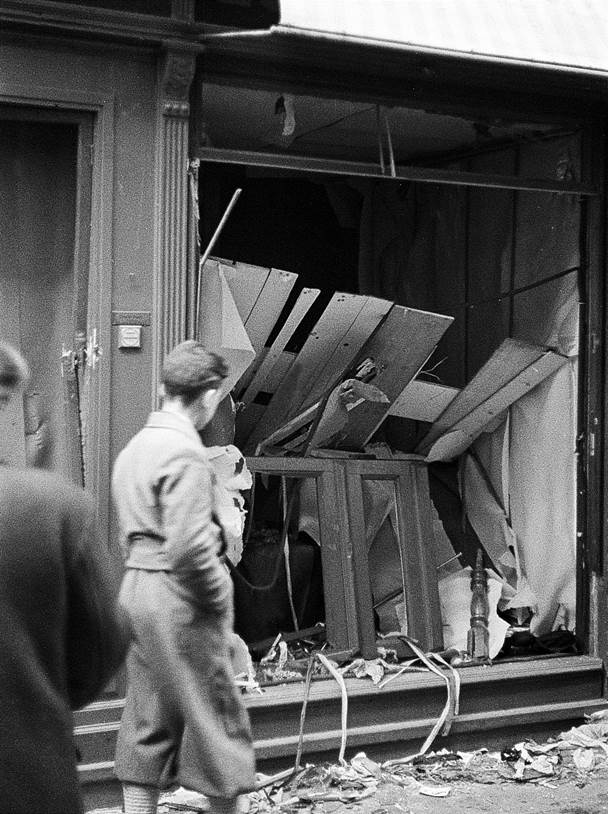 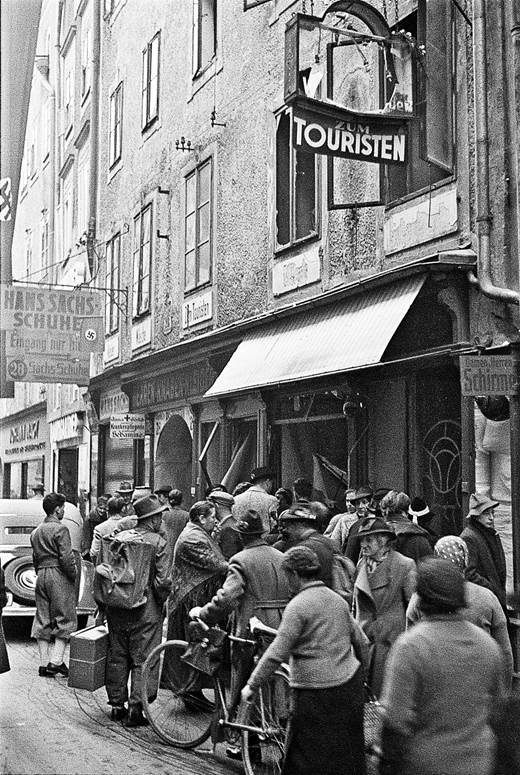 All stumbling stones at Linzer Gasse 28