Theresia MACHALA, née Poppenreiter, was born in Gnigl on January 31, 1894. She was Catholic, the wife of a locksmith and had two children. The family lived in Gnigl (which was annexed to the city of Salzburg in 1935) and lived in the house of a master baker at 19 Grazer Bundesstraße.

Theresia’s husband died in an accident in 1930 and her carpenter son Walter was arrested under the Austrian dictatorship for anti-fascist activities.

The widow Theresia MACHALA became a patient in the Salzburg State Asylum in July 1934 and was one of 68 patients deported from there to the killing center at Hartheim Castle near Linz on April 16, 1941 – where they were all murdered.

As with all the other victims of the Nazis’ secret »T4«1 program, the death of this 47 year old woman was not recorded in the Salzburg police registration files.

Frau MACHALA’s son Walter survived the terror years and died in Salzburg in 1994. 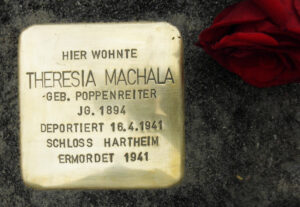 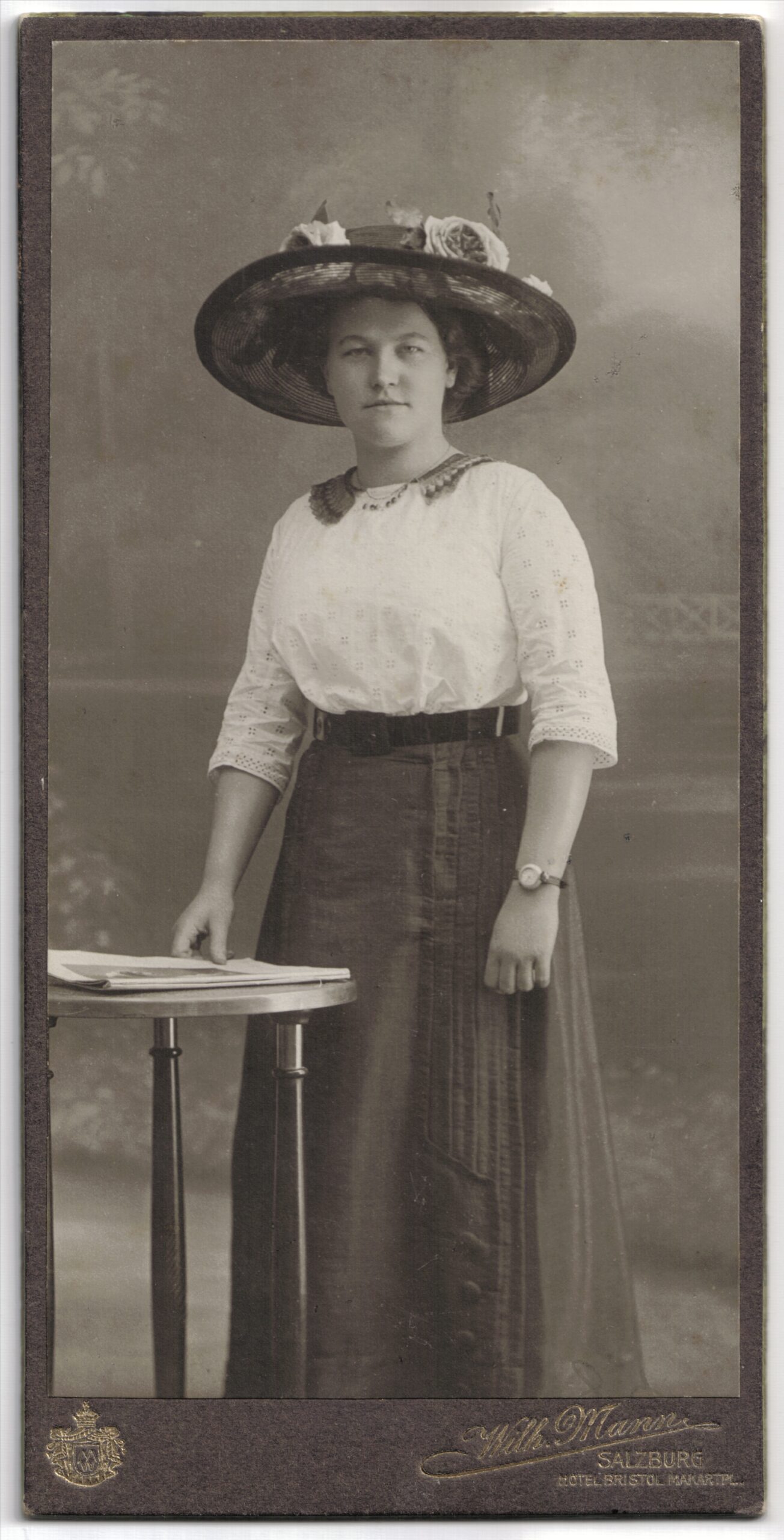 All stumbling stones at Grazer Bundesstraße 19