The Fränkel shoe factory company in Mödling (just south of Vienna) and Temesvar (it was then in the Hungarian part of the monarchy, but now it is called Timisoara and is in Rumania) flourished under the Austro-Hungarian monarchy and it had associated retail stores, including some in Salzburg – first on the Judengasse and Getreidegasse, and then at 9 Dreifaltigkeitsgasse. Two Jewish brothers from Vienna, Hugo and Rudolf SINGER took over the Dreifaltigkeitsgasse shop at the beginning of the 1920s and the shop became known as the SINGER Shoe Shop. Rudolf, the younger of the two brothers, returned to Vienna after a few years in Salzburg, leaving Hugo to run the shop.

Hugo SINGER was born in Vienna on February 26, 1896. On March 23, 1894 his Jewish wife Paula, née Weiszfeiler, was born in Bösing (Pezinok) near Pressburg (Pozsony in Hungarian and Bratislava since 1919). After 1925 the SINGERs lived in a second floor apartment in a »Hellerhaus« (at 9 Franz Josef-Straße/13 Faberstraße) in the middle class Andrä-Viertel neighborhood – along with their son Alfred who had been born in Mödling in 1920. Their second son Egon was born in Salzburg on April 30, 1927. Only nine months after he was born on February 2, 1928 his seven year old brother Alfred died and was buried in the Jewish cemetery in Salzburg-Aigen: a child’s grave that gives no hint about the fate of his family.

In November 1938 the SINGER family had to shut their shoe shop (making room for a sporting goods shop) and clear out of their apartment on the Franz Josef-Straße. An actress benefited from their persecution and took over the apartment. Hugo, Paula and Egon SINGER fled via Vienna to relatives in free Czechoslovakia, but in March 1939 German troops marched in and declared it was now the »Protectorate of Bohemia and Moravia«. Their last address was at 17 Belgicka in Prague’s 13th District. From there the SINGER family was deported to the Theresienstadt concentration camp on May 12, 1942, along with their relatives Josef, Michal, and Dr. Erich SINGER and their wives. A few days later, on May 17th they were shipped out again, this time to the Lublin-Majdanek death camp in the »Generalgouvernement« of Poland. The 46 year old Hugo SINGER was murdered there on July 5, 1942 – as was his 15 year old son Egon on September 23, 1942. The 48 year old Paula SINGER was also murdered there, but the date isn’t known.1

Paula SINGER’s mother Ernestina Weiszfeiler and her brothers and sisters Sigmund, Frieda, Samuel and Eugen were murdered in Auschwitz according to the memorial pages in the Yad Vashem Shoah Databank. Hugo SINGER’s older sister Olga and her husband Max Fantl were murdered in Lodz. His younger brother Rudolf was able to flee from Vienna to the US in September 1940 and died in Brookline, Massachusetts in 1967. The grave of their parents, Salomon and Katharina née Mittler SINGER is in the Jewish section of the Vienna Central Cemetery.

1 Adolf Eichmann received a coded radiogram from SS-Sturmbannführer (Major) Hermann Höfle on January 11, 1943 reporting that by the end of 1942 1,274,166 Jews had been murdered at the Lublin-Majdanek, Sobibor, Belzec and Treblinka death camps. The radiogram was decoded at the time by the British Secret Service but it was only released to the public in 2000. That brought the role of the Salzburger Hermann Höfle back into view (Peter Witte, Stephen Tyas: »A New Document on the Deportation and Murder of Jews during ‘Einsatz Reinhardt’ 1942«, Holocaust and Genocide Studies 15:3, pp. 468-486). Hermann Höfle had been born in Itzling (formerly in the Gnigl municipality) on June 19, 1911 and was a mechanic and chauffer in Salzburg when he helped organize the November 1938 pogrom in Salzburg for the SS. He was rewarded for his activity by being given the apartment at 13 Hubert Sattler Gasse that had belonged to the expelled Jew Adolf Jakoby (an apartment retained by Höfle’s family until 1946). During the extermination campaign in the »Generalgouvernement« of Poland he was the »Jewish Officer« on the staff of the Higher SS and Police Commander Odilo Globocnik. As the »Jewish Officer« he was the organizer of »Aktion Reinhard«, which means he was one of those mainly responsible for the extermination of Jews in of Poland. Hermann Höfle returned to his family in Salzburg in 1947 and lived in the in Parsch neighborhood until his role in the Holocaust was brought out during the trial of Adolf Eichmann. After he was arrested, Höfle hanged himself in his cell in Vienna on August 21, 1962 (see: Winfried R. Garscha: Das Scheitern des »kleinen Eichmann-Prozesses« in Österreich). 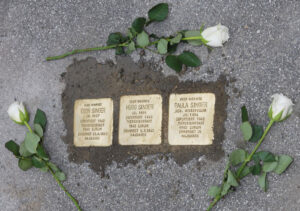 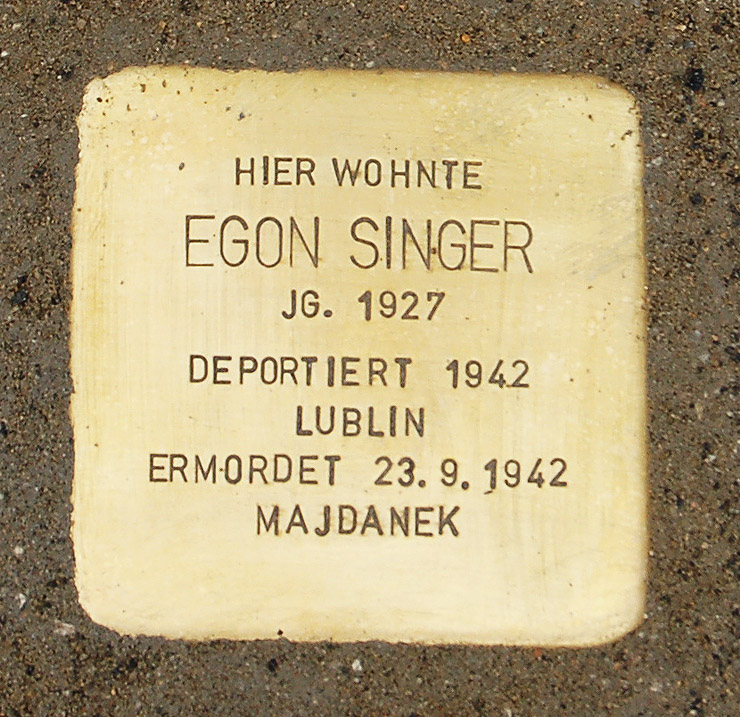 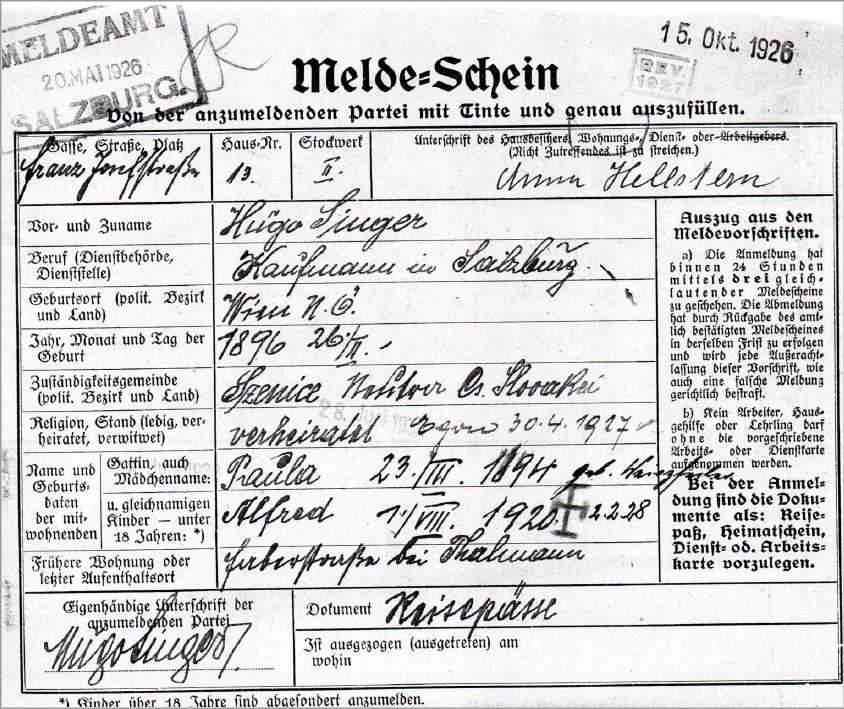 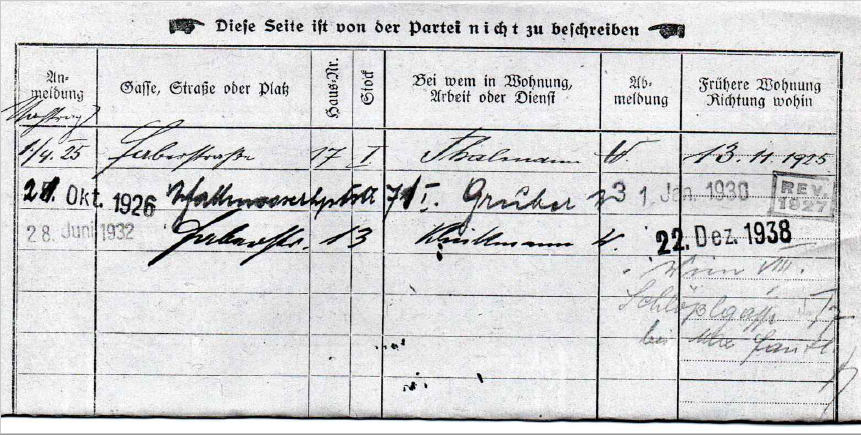 All stumbling stones at Franz-Josef-Straße 9