After 1919 the Glockengießerei Oberascher [Oberascher Bell Foundery] was located in the Kasern industrial area (which became part of the city of Salzburg in 1939). After the Nazi regime took over Austria in 1939 the Glockengießerei Oberascher was converted into an »essential« armaments factory devoted to the production of artillery shells. The »plant manager« was a German named Friedrich Thomas – »a nasty guy« according to contemporary witnesses.

The Oberascher arms factory machinist Leopold HOCK and bookkeeper Ferdinand LANG were sentenced to death for resistance activities by the Nazis’ »Peoples’ Court« and they were executed in the Munich-Stadelheim prison. Among the lesser known terror victims who worked in this factory were also the watchman and former butcher Friedrich FIMBERGER who was murdered in the Dachau concentration camp, and the cook Viktor T. – who was persecuted because of his homosexuality and whose fate remains unknown, he was last reported to be in the »Mauthausen Workhouse«.

It is well known that foreign workers were used in the arms industry, both to replace men who had been drafted for military service and to reduce production costs. It is also documented that prisoners of war were employed there, though in contrast to foreign »civilian workers« forced to work in the Oberascher arms factory the POWs were not recorded in the Salzburg police registration files. This »labor deployment« of POWs in an arms factory violated both the Haag Land Warfare Convention of 1907 and the Geneva Convention of 1929.

The archived files of the Salzburg »Special Court« indicate that four French POWs escaped from the Oberascher arms factory in December 1941. They were helped by an unskilled laborer of Hungarian origin and three young women from Salzburg who provided the escapees with food and civilian clothing. Under the Nazi regime this was a criminal offense: »forbidden transactions with prisoners of war« and »aiding and abetting flight« or »helping prisoners escape«. In April 1942 the 37 year old Hungarian Peter Kurjak was condemned by the »Special Court« to five years imprisonment. What happened to him after that is unknown. The Salzburg women charged with the same crime got lesser sentences and survived the terror years. According to their court files, at the time of their sentencing two of the four escaped POWs had been recaptured. It may be assumed that they were brought before the Court Martial of the 188th Division, but in any case the lack of further records make it impossible to say what happened to the four POWs.

Starting in 1942 the Oberascher arms factory mostly employed young women and men conscripted by the German army and SS in the occupied regions of the Soviet Union – forced laborers who had to wear the letters »OST« on their left breasts and who were quartered in guarded barracks like criminal prisoners. Four »Ostarbeiter« [Eastern workers] from the Oberascher factory were held in the Salzburg police jail for a few weeks after a failed escape attempt, then Gestapo officers hanged all four of them in front of the other workers on a gallows erected in the factory courtyard:

• Alexander DUBINA, who had been born in Rowinki (Rowenki, Ukraine) on October 24, 1926

• Vladimir SLESAROW, who had been born on January 1, 1924 in Kosobelova (an unidentified location that was probably in what is now the Ukrainian administrative district of Luhansk/Lugansk – known as Voroshilovgrad when it was in the Soviet Union)

At that time the four »Ostarbeiter« met their violent deaths on August 20, 1943 they were between 17 and 21 years old – or even younger as it was common practice to record the ages of younger conscripts from the Ukraine as one to three years older than they really were. The transliteration of prisoner’s names from the Cyrillic to German scripts is also dubious. As a result the identities of the victims can’t be identified from the Nazi documents with any certainty.

On July 22, 1947, after the liberation by American troops, the Federal Police Command in Salzburg compiled an unpublished report on the Gestapo terror in Salzburg based on the testimony of witnesses. Those responsible for the murders of the »Eastern workers« in the arms factory were named: Dr. Hubert Hueber, Chef of the Gestapo in Salzburg who had issued the orders for the executions, and the Gestapo-officers Dr. Anton Zinth, Fritz Lackner, Konrad Willam, Johann (Ivo) Praxmarer and Georg König, who had »the responsiblity for the secure implementation of the execution of the 4 foreign workers and to monitor the carrying out the liquidation«. It is worth noting that a representative of the Nazi Party, Johann Hofer (leader of the Itzling local) took part in the execution as an »honored guest«. No other terror victims at the arms factory were mentioned in this report, but an examination of the police registration files has revealed that other »Eastern workers« at the Oberascher arms factory had been held in the Salzburg police jail for a while and then deported to the Dachau concentration camp (though the registration names and data in Dachau aren’t always the same as the ones in the Salzburg city police registration files):

The fates of other workers at the arms factory who were in the police jail in Salzburg like Petro Kunjasowe, Anton Kowaltschuk, Peter Kurjak, Gendai Luschi, Nikolaj Pachatow and Osman Temirow, remain unknown. It is known that one female »Eastern Worker« at the Kasern arms factory was shot a few days before the liberation of Salzburg: the 18 year old Halina STASCHKO, who had been born on November 19, 1926, died from her bullet wounds in the Salzburg State Hospital on May 1, 1945. 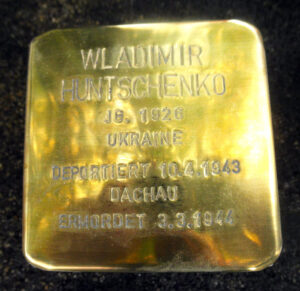 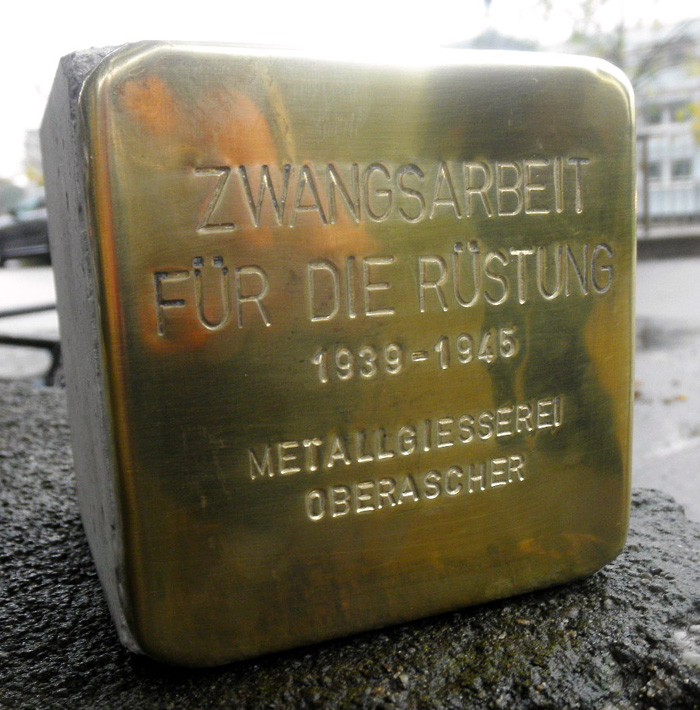 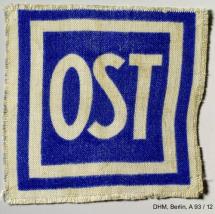