Rupert SINNHUBER was born in Köstendorf (about 24 km north of Salzburg) on June 8, 1916 and was baptized into the Catholic Church. He was the youngest of the four children of Rosa and Rupert Sinnhuber, farmers in Köstendorf-Neufahrn.

By the mid-1930s their son Rupert was working as a farm laborer and mechanic in the Schallmoos neighborhood of Salzburg and lived at 2 Lagerhausstraße (which is now the Luise-Piëch-Straße).

Under the Nazi regime Rupert SINNHUBER’s police registration card was noted with »Pol. Liste« (police list) which was the Gestapo’s identification for political suspects and opponents of the regime.

There is no other indication that SINNHUBER was persecuted on political grounds and there is no evidence that he belonged to any prohibited political party or resistance group.

In December 1938 SINNHUBER was drafted into the German army and trained as a motorcycle messenger in Military District XVIII based in Salzburg. Early in 1941 he was sent off to join the occupation forces in Yugoslavia. He served in the 402nd Motorcycle Replacement Company stationed in Bohinjska Bela, which was called Wocheiner Vellach by the Nazis when they occupied Slovenia – annexed to Nazi Germany it was part of Salzburg based Military District XVIII whose forces were engaged against Yugoslavian partisans.

While he was stationed in Wocheiner Vellach (Bohinjska Bela) corporal SINNHUBER was given permission to get married in Salzburg. On June 25, 1942 the 26-year old corporal married 21 year old Gerda Erna Behlert (daughter of a fireman in Erfurt Germany) in the Salzburg municipal offices (marriage notation in Köstendorf’s baptismal register).

Given the lack of documentation Rupert SINNHUBER’s further career is not entirely clear. All we have is the 1950 decision of the Salzburg State Court declaring him legally dead as of September 30, 1944 (as noted in Köstendorf’s baptismal register).

But he couldn’t have been dead on that date because he was counted as a member of the 1st Austrian Liberation Battalion in Slovenian Tribuče (Tributsch) on November 24, 1944.

This unit was commanded by the legendary Tyrolean Max Bair (see Egon Erwin Kisch’s reportage: The Three Cows). In addition a December 3, 1944 document of the 1st Liberation Battalion that was written by Rupert SINNHUBER says that after a hospital stay he had decided »to go over to the partisans on Sept. 5, 1944«.

The Austrian Liberation Battalions are known to have fought in battles against German army and SS units in the last months of World War II, so it is likely that the 28 year old Rupert SINNHUBER was killed in the fighting in Slovenia sometime between January and April 1945. Like all other Wehrmacht deserters who changed sides SINNHUBER hid his identity and took the alias »Ludwig Keller«.

As it is very unlikely that he was able to make any contact with his wife in Salzburg under either name he probably never learned about the birth of his daughter Christa on January 25, 1945. The war widow and her child survived the terror years – survivors of a Salzburg freedom fighter who has languished in the shadows of public memory until now.

Fourteen men from the city and state of Salzburg are known by name to have been members of the Austrian Liberation Battalion, though only three of them were recognized as »victims of the fight for a free and democratic Austria« after the liberation – Ernst Kindlinger, Georg Madreiter and Rudolf Weindlmayr – even though the very phrase »fought with weapons« in the Victims’ Benefits Act of 1947 clearly applies to all the combatants of the Austrian Freedom Battalions. Among the other freedom fighters not recognized by Austria is Josef Hochwimmer who had been born in Tamsweg (130 km south of Salzburg) in 1915.

He was one of around 1,500 Austrians who fought in the French 1er Bataillon de Volontaires Autrichiens and he died in Albury Australia in 1989. 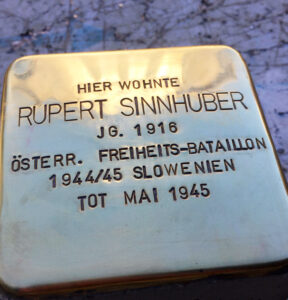 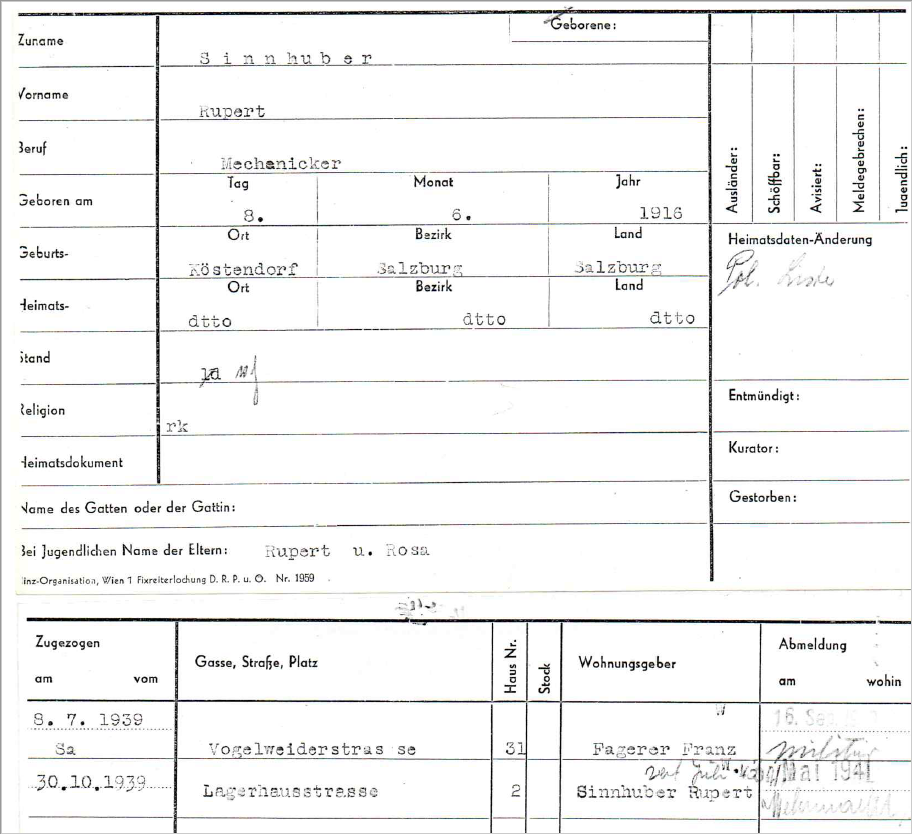 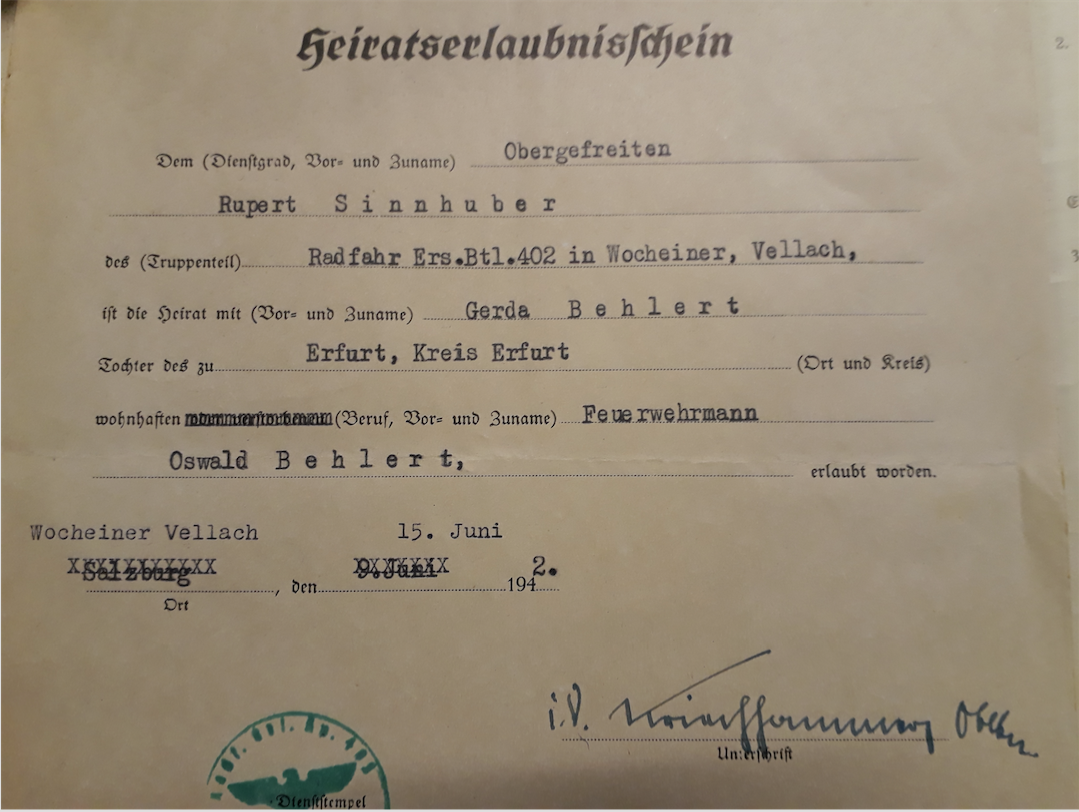 All stumbling stones at Luise-Piëch-Straße 2