Karl EMMINGER was born in Lower Austria’s Deutsch-Altenburg on September 26, 1878. He was a metalworker, railroader, foreman, and trade unionist; president of the Salzburg Chamber of Labor, state commander of the Republican Defense League (a social-democratic militia). He was a social democratic politician who served as a member of the Gnigl town council, the Salzburg State Assembly, the state government, and the governing council of the state until the Social Democratic party was banned by the Austrian dictatorship of Chancellor Engelbert Dollfuß on February 12, 1934.

Karl EMMINGER is also known to have had contact with the famous author Stefan Zweig, whose house on the Kapuzinerberg was subjected to a »pro forma« search for weapons belonging to the Republican Defense League in February 1934. Stefan ZWEIG took this as a sign that he was considered an enemy of the new regime and fled both Salzburg and Austria. EMMINGER lost all his party functions and public offices after the coup. He was imprisoned for three months and then kept under surveillance after he was released – as this January 17, 1935 report from the Salzburg security director shows:

The retired national railroad metalworker Karl Emminger, former soz. dem. [socialdemocratic] state councilor and Defense League leader, residing at Nr. 16 Kreuzstraße in Gnigl-Itzling, whose contacts were observed, often received visits from acquaintances but it could not be established that these were political gatherings. The matter will continue to be observed and action will be taken immediately if any suspicion is aroused.

The EMMINGER family had local citizenship rights in Gnigl under the old Austrian Heimatrecht law and lived in Itzling (which was then part of Gnigl) – not far from an Arbeiterheim [workers’ home] that had been named after him and which was confiscated after the Social Democratic Party had been banned.1 Salzburg’s male and female resistance activists from the ranks of the Austrian Revolutionary Socialists (RSÖ) and the Austrian Communist Party (KPÖ) mainly lived in Salzburg’s »red« stronghold of Gnigl-Itzling.

Karl EMMINGER didn’t belong to any of the resistance groups, but he was »politically suspect« and was spied upon by the Nazis too. It seems as if his every movement was reported to the Gestapo and his conversations with a Communist laborer during the war years of 1941 and 1942 led to disaster. EMMINGER was arrested on November 18, 1942 and on January 7, 1943 he was charged with »conspiracy to commit treason«. Largely because the Communist laborer took back his original testimony against him, EMINGER was found not guilty and freed on May 7, 1943. Although he was freed, he died from the effects of his mistreatment a year later. As his grandson Dr. Herbert Moritz reported in retrospect:

But Karl Emminger was already a deathly ill man by the time of his release. He suffered several severe attacks of Angina pectoris, which he attempted to hide from his family as long as possible. On May 3, 1944 he died from one such attack in St. John’s hospital.2

The widow Anna EMMINGER was entitled to victim’s assistance after the liberation and she died in Salzburg in 1957. She had had two children. Her daughter Marie Moritz lived with her family in Salzburg and her son was Dr. Herbert Moritz. Born in Salzburg in 1927, Moritz was a Social Democratic politician, vice-governor of the state, and Austrian minister for education, art, and Sport.
A street in the southern part of Salzburg was named after Karl EMMINGER in 1962. 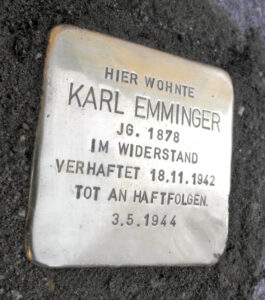 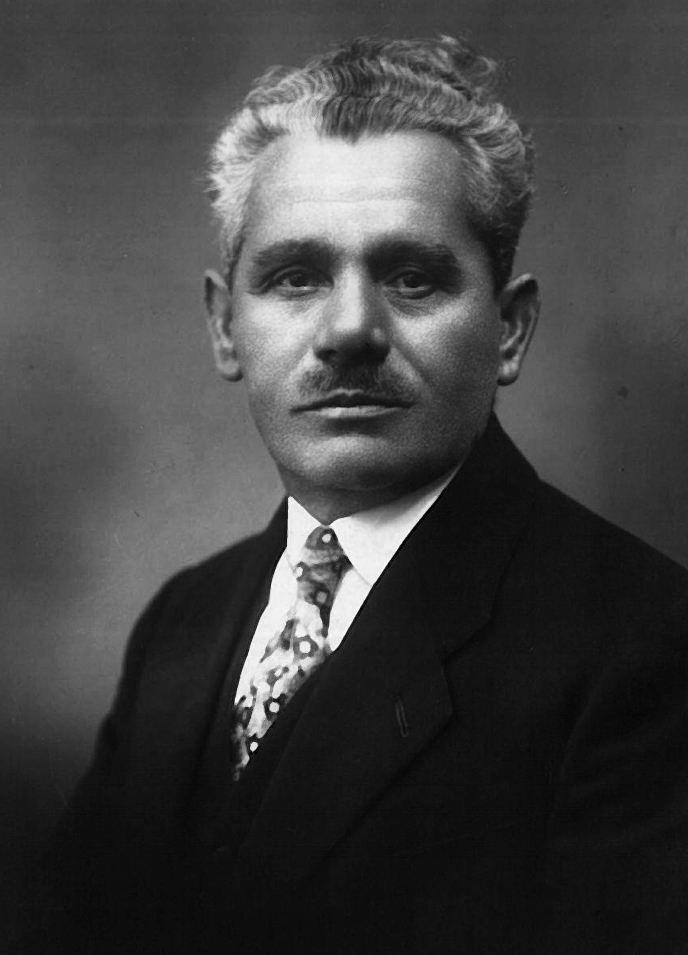 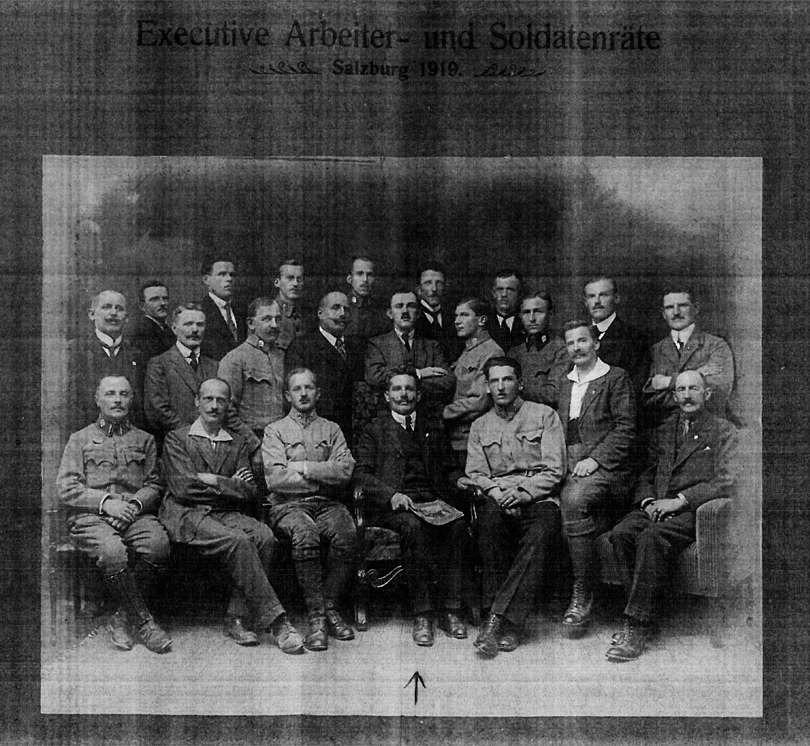 All stumbling stones at Kreuzstraße 14