Leopold HEINDL was born in Zürich Switzerland on August 29, 1909 and was the first child of Margarethe and Leopold Heindl. His mother Margarethe was from Tyrol while his father Leopold was a master winemaker from Styria.

The family lived in Zürich for some years and Leopold’s sister Maria was also born there. In 1915, after the start of World War I, they moved to Salzburg. Here Margarethe and Leopold had a third child, but it died in childhood. In 1922 the 49 year old Margarethe died in Salzburg and the family broke apart. Leopold Sr. moved away from Salzburg and left his two children in institutional care here.

Leopold HEINDL Jr. didn’t leave much of a mark in Salzburg: he started to learn the locksmith’s trade, but he seems to have failed to finish because he was registered as an unskilled laborer. His frequent changes of address in the 1930s suggest that he was frequently unemployed.

There are no indications that he attracted the attention of the authorities on any political grounds, neither during the Austrian dictatorship nor under the Nazis.

Leopold HEIND was already 30 years old when he was drafted into the German army in September 1939. During his entire military service before his death in 1943 he worked as a driver – finally for a construction battalion that was assigned to the brutal siege of Leningrad [now St. Petersburg] in the occupied Soviet Union – a siege that took the lives of more than a million civilians, mostly from starvation and cold.

We don’t actually know what led the 33 year old private Leopold HEINDL to disobedience or refusal to obey an order. The little that we know now is what was written on his German army »War Death Notice« saying that on February 17, 1943 construction soldier Leopold HEINDL was shot to death in Slanzy (about 180 Km southwest of Leningrad) in the course of »physical opposition«.

In other words he wasn’t shot by an enemy, but by a German. The legal formulation »physical opposition« appears for example in an army order from April 1942 on the treatment of soldiers convicted during combat: the military police are authorized »to shoot without warning in every case of physical opposition, sedition or flight!«

In August 1943 Leopold HEINDL’s sister Maria received a »War Death Notice.« She survived the terror years and died in Salzburg in 1995. 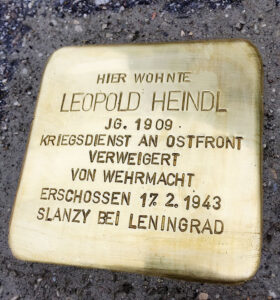 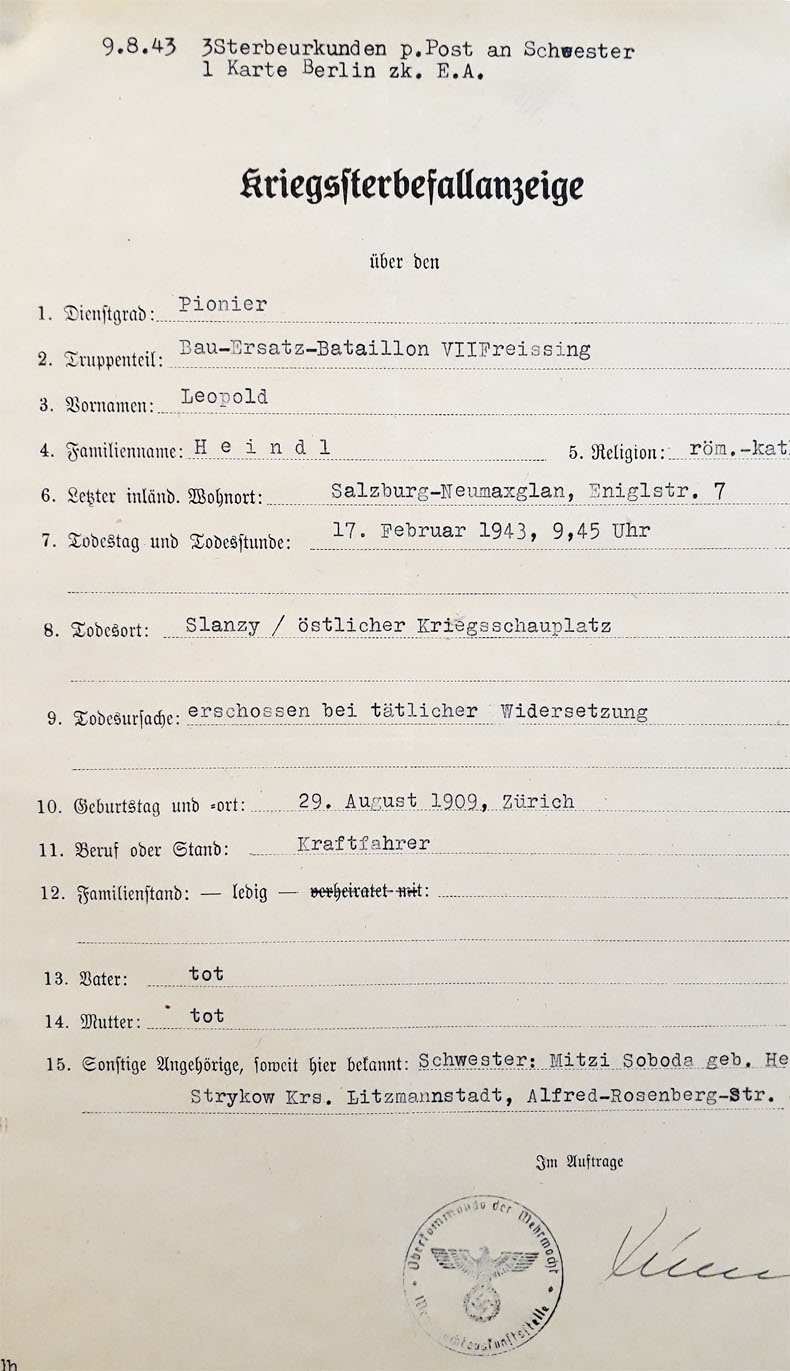 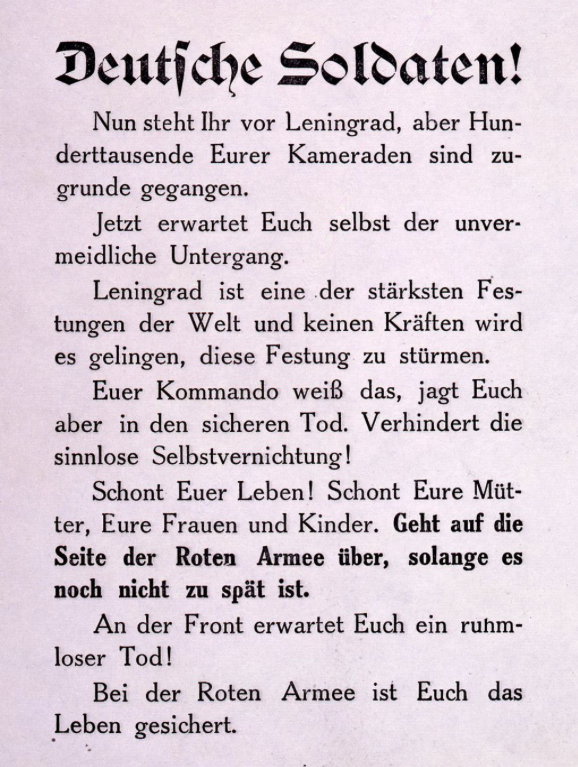 All stumbling stones at Eniglstraße 7