Franz ROSENKRANZ was born in St. Georgen im Attergau [which is in the Saltzkammergut/lake district of Upper Austria] on September 28, 1886. He became an officer in the Austrian army with the rank of captain and since 1932 he had been in command of the 2nd Company of the 12th Infantry Regiment. The 12th Infantry Regiment was stationed in Salzburg and was the successor of the prestigious Archduke Rainer Regiment of the Austro-Hungarian Monarchy.

On July 28, 1934 captain Rosenkranz and the 2nd Company had been involved in combat at Lamprechthausen near Salzburg – fighting which contributed to the defeat of the Austrian Nazi’s attempt to seize power by force (a putsch attempt that included the murder of Austro-Fascist Chancellor Dolfuss by the Nazis).

Six Nazis and two soldiers were killed in the fighting at Lamprechthausen. A later assessment of this »popular uprising«, as the failed putsch of the Nazi Storm-troopers was called by the Nazis, concluded that the Salzburg provincial director of public security, gendarmerie colonel Ludwig Bechinie, had requested military assistance after the gendarmerie and the Heimwehr [a right wing militia organization associated with the Austro-Fascist dictatorship] had seen unable to restore order on July 27th.

Army colonel Josef Stochmal is supposed to have given the commanded that order should be restored at all cost and that no prisoners should be taken. Captain Rosenkranz was held responsible for passing this order on to his troops. All responsibility for the tragic consequences was laid on the supporters of the Austrian government by the Nazis and they made sure these men were among their first victims after they took power – victims of political revenge:

Captain Franz Rosenkranz was arrested on April 7, 1938 – perhaps not coincidentally the day after the »triumphal entry« of Adolf Hitler to Salzburg. Salzburg’s Nazi »old fighters« were invited to the reception for Hitler and his SS head Heinrich Himmler, and Dr. Emil Sprenger was among them. Dr. Sprenger, who was an SS Sturmbannführer, had previously been a doctor in Lamprechtshausen and he told Hitler and Himmler about the »murder« of his Nazi comrades in Lamprechtshausen. At that point the two Austrian officers were arrested, Rosenkranz in Salzburg and Stochmal in Vienna.

The complainant was the Salzburg district attorney Stefan Balthasar, who asked for the death penalty for the accused officers when he charged them with inciting their troops to murder the dead Storm-troopers and inciting them to attempt the murder of the others leading to their suffering severe injuries.

The Salzburg Provincial Court however, found that it could not determine conclusively that it was the order of the officers to take no prisoners that was the cause of the deaths and serious injuries of the Storm-troopers in Lamprechtshausen. Therefore on November 19, 1938, the two officers were only found guilty of »the crime of attempted subornation of crime of murder« rather than of incitement to actual murders as the prosecutor had charged.

Major General Stochmal was sentenced to eight years of imprisonment and captain Rosenkranz was sentenced to six years – both sentences subject to appeals by both the prosecutor and the lawyers for the accused. Pending the appeals Stochmal and Rosenkranz remained in the Salzburg jail.

On July 18, 1939 their denouncer SS Sturmbannführer Dr. Emil Sprenger appealed to the head of the SS, Reichsführer Heinrich Himmler:

As the Salzburg Nazis feared, the Superior Court in Leipzig overturned the verdict of the Salzburg court on January 19, 1940 and the criminal charges had to be reheard in Salzburg.

Once again Dr. Stefan Balthasar was the prosecutor and once again he asked for the death penalty for both officers. The court records extend to around 120 pages, but there is no indication of the provincial court’s April 26, 1941 verdict under the chairmanship of Judge Karl Wolf.

But later documents refer to that verdict – eight years imprisonment for Stochmal and six for Rosenkranz, just as in the initial trial.

But the Salzburg Nazis feared that thy might now be set free by the Leipzig court of appeals—as is indicated by the telegram Salzburg’s Reich Governor Dr. Gustav Adolf Scheel sent to SS chief Heinrich Himmler on March 27, 1942:

Reichsfuehrer. I ask for your advice and support in an important affair. The biggest political crime in Gau Salzburg in the system time [i.e. under the Austro-Fascist dictatorship] was the Lamprechtshausen murder case in which six Storm-troopers were killed. […] Superior Reichs Counselor Brettle [Emil Brettle, 1877-1945] informed me today that there is a danger that the senate [the Leipzig Court of Appeals] will decide to acquit them. But such an acquittal would be downright devastating. 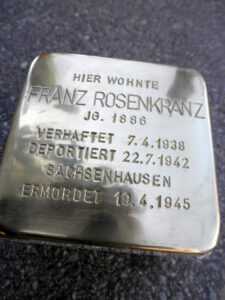 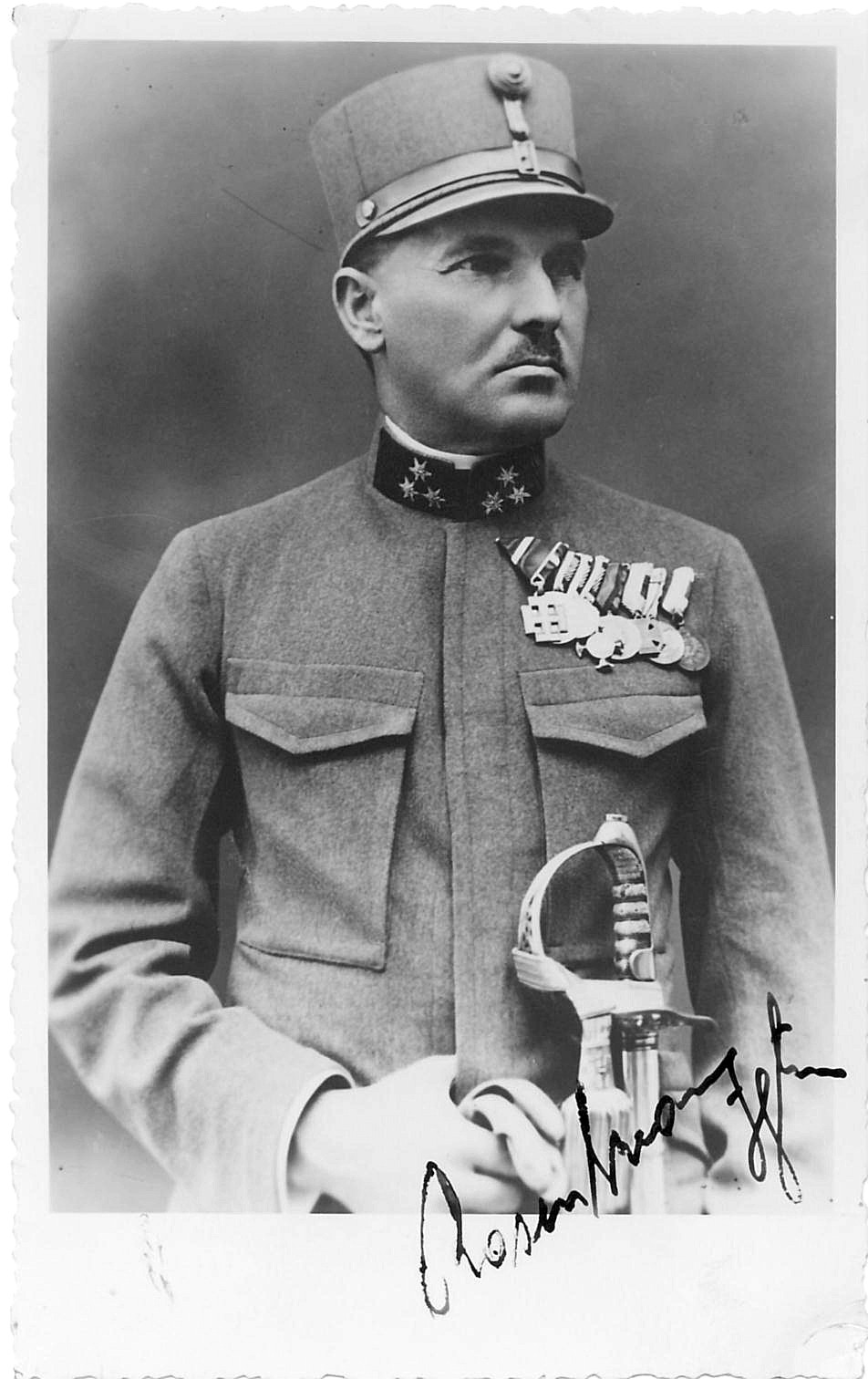 All stumbling stones at Mirabellplatz 1