At the beginning of February 1944, three women of foreign origin, Slovene, Italian and Friulian, were imprisoned in the Salzburg City Police Prison:

• Angela FUMEO (whose maiden name was probably Ambrosic), was born on April 30, 1900 in Idria (Idrija in Slovene), was married, and lived last in Istrian, Cittanova d’Istria (Novigrad in Croatian)

• Alida MINIUSSI, was born on March 9, 1923 in north-eastern Italy in what is now called Monfalcone Friuli (Tržič Furlanija in Slovene)

We do not find their names among the victims of terrorism who appear in the documentation Resistance and Persecution in Salzburg published in 1991 or in the victim database of the Documentation Archive of the Austrian Resistance (DÖW).

But there is no doubt that that Anna Ferfolja, Angela FUMEO and Alida MINIUSSI were deported from Salzburg to the Ravensbrück women’s concentration camp on February 4, 1944, not directly via Linz and Prague, but – presumably by mistake – in a collective transport via Mauthausen to Ravensbrück. Had it not been for this mistake the reasons for their persecution would remain unclear.

The Mauthausen concentration camp, however, had »inmate personnel cards« with additional data for the three women. These documents indicate that Anna Ferfolja, Angela FUMEO and Alida MINIUSSI were Italian nationals whohad been »assigned« to the Ravensbrück concentration camp as political prisoners by the SS (Sipo and SD) in Trieste on January 30, 1944.

Since September 1943, the occupied Italian port city of Trieste had been the headquarters of the »Adriatic Coastal Operation Zone« headed by Odilo Globocnik as »Higher SS and Police Leader« for the persecution of Jews and the fight against partisans in Friuli, Istria and the Karst.

SS-Gruppenführer Odilo Globocnik was an Austrian who had been born in Trieste and was responsible for the shootings of hostages, for torture and murders in the Risiera di San Sabba concentration camp and for the deportations of political and Jewish prisoners – with a stopover in Salzburg.

The violent end of these women persecuted as partisans has not been clarified, as the SS destroyed all evidence of their crimes, including the camp’s death register, before the liberation of Ravensbrück on April 30, 1945.

Italian researchers have been able to close some biographical gaps about Alida MINIUSSI, who did not experience her liberation:

Miniussi Alida. She was born in Monfalcone on March 9, 1923. The year before the [Fascist] march on Rome. She grew up under Fascism, daughter of Giovanni and Vrech Maria, born and residing in Monfalcone.

She was a housewife. And she was very young, in her twenties, she decided, like many others of her age, to take sides among the partisan ranks to free our places from the Nazi-fascist invader. She was part of the glorious Montes intendenza. The Montes of the commander Sasso that was placed there, in his city, with his comrades from Monfalcone.

She was killed on February 15, 1944 in an extermination camp at Ravensbruck, the main Nazi female concentration camp in Germany, the same camp from which Ondina Peteani managed to escape.

Alida, deported from the city of Monfalcone, was not quite 21 years old, a birthday that she could not celebrate because she was torn from her life just one month earlier. She was not the only partisan woman from Monfalcone to lose her life during the war of liberation. (Blog by Barone Marco, November 18, 2019)

Finally, it should be noted that the Salzburg Gestapo had more than 100 women of foreign origin deported from Salzburg to Ravensbrück according to the surviving fragmentary detention book of the Salzburg police prison. 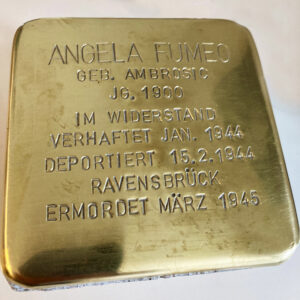 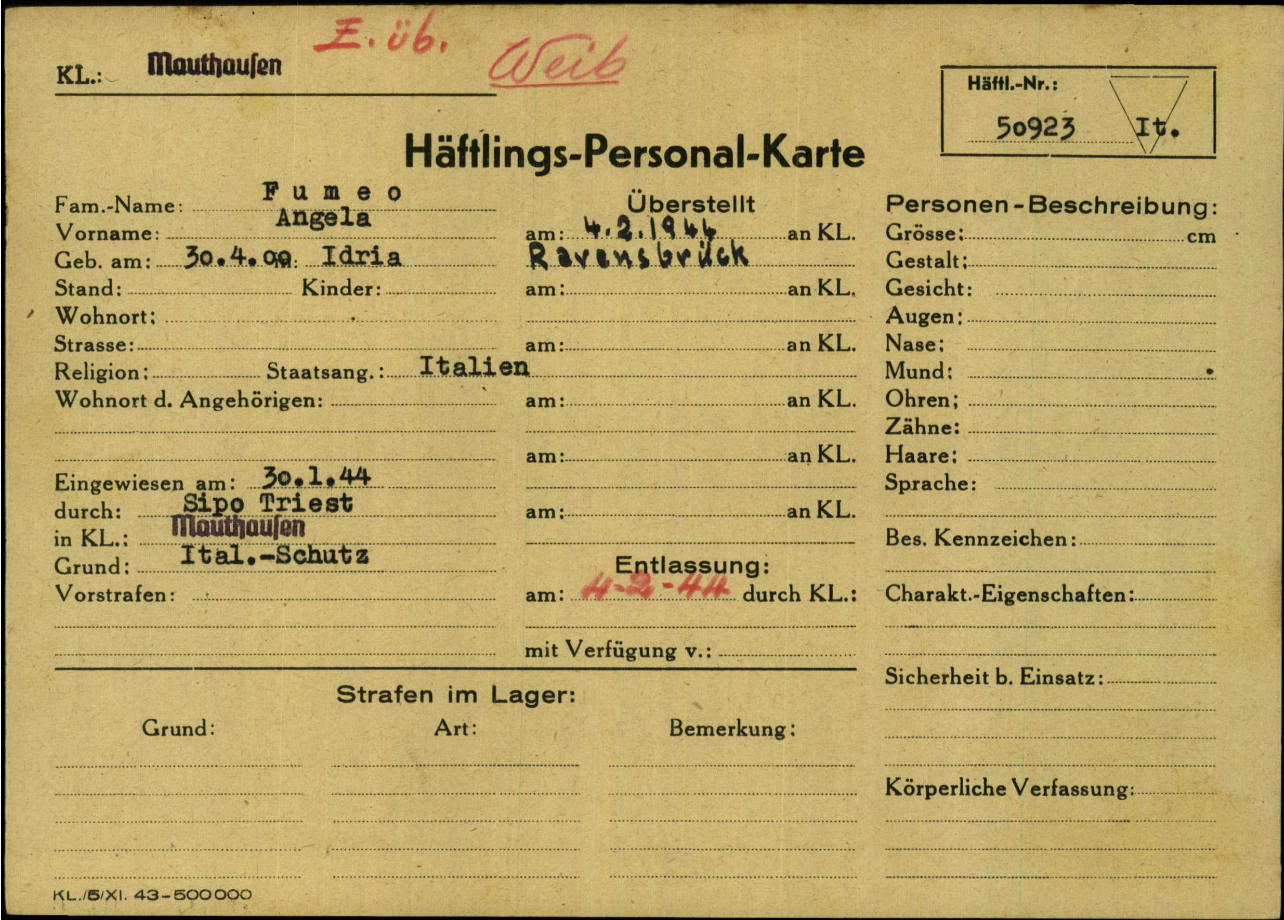