Bernhard GOLD was a Jew born on June 20, 1897 in Budapest. He was unmarried and from 1921 on he worked intermittently as a bookbinder, painter and decorator in Salzburg. His last residence was as a lodger in the house at 25 Müllner Hauptstraße.

He was arrested here in early October 1942, and deported to Vienna. Then with about 1,000 other Jews, he was put on the next transport on October 5th for Maly Trostinec in the occupied Soviet Union near Minsk1, some 1600 km from Salzburg. He was murdered there on October 9, 1942 – either shot in a long trench or gassed in a camouflaged truck trailer. 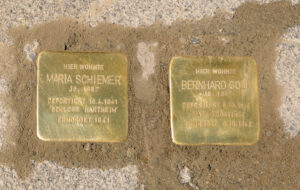 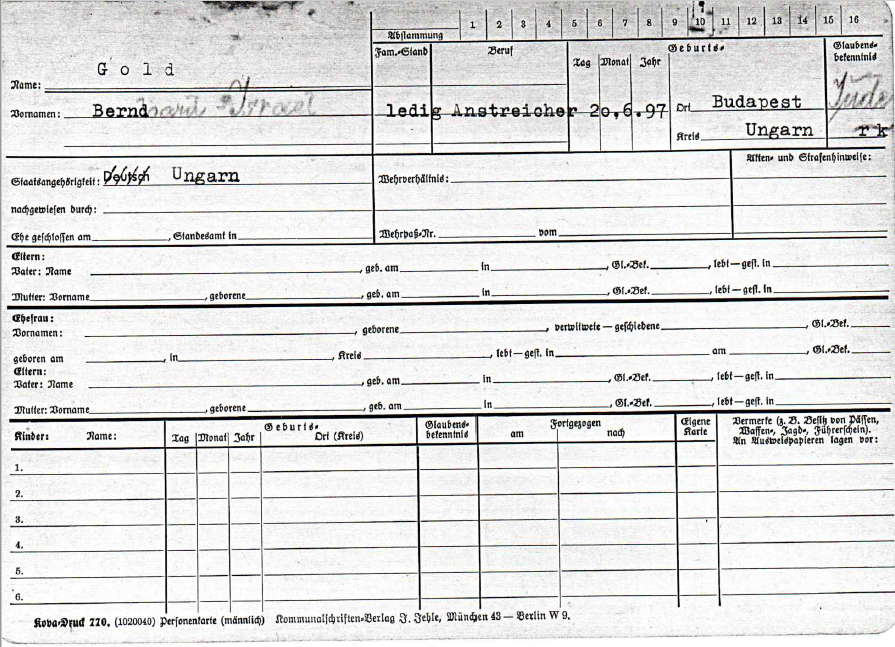 All stumbling stones at Müllner Hauptstraße 25