Rudolf FRIEDLÄNDER was born in Vienna on February 26, 1876 and was the eight of nine children of the Jewish couple Charlotte and Eduard FRIEDLÄNDER.

Their graves and those of their daughters Camilla and Bertha who had also died before 1938 are in the Jewish section of the Vienna Central Cemetery.

Rudolf FRIEDLÄNDER, who converted to Protestantism, was married to a non-Jewish woman from Vienna. The couple had a son who was born in 1913 and they lived at various times in Vienna, Wels and Salzburg.

The police registration records recorded Rudolf FRIEDLÄNDER as a high ranking employee of a German-Austrian electrical appliance company with a primary residence in Salzburg.

The FRIEDLÄNDERs appear to have separated after the violent year of 1938. What is known is that Rudolf FRIEDLÄNDER lived with his older brother Karl, with 7/7 Esslinggasse in Vienna’s 1st district as their last address. On April 9, 1942 the two brothers were deported from Vienna to the Izbica ghetto in German occupied Poland (the so-called »Generalgouvernement«).

They were murdered there or in one of the nearby extermination camps of Belzec, Sobibor or Majdanek.

Their sisters Pauline POLLAK and Sophie POPPER were also murdered.

Their brothers Heinrich and Oskar were able to escape to the US in 1939/40, while their brother Louis survived the terror in Vienna and was buried there in 1957. 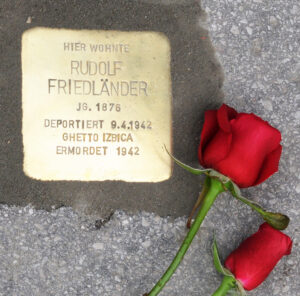 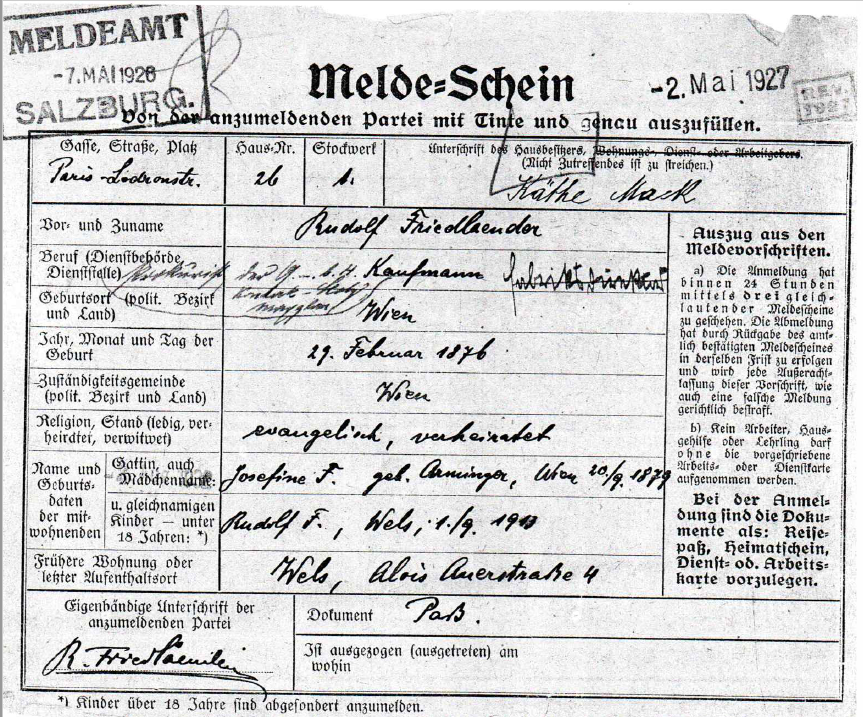 All stumbling stones at Josef-Mayburger-Kai 50a