Anton BRUGGER was born in Kaprun (about 65 miles south of Salzburg) on April 9, 1911. He was born into a working class family in a rural Catholic milieu, but he joined a small Christian society of Reform Adventists in the early 1930s.

They were a branch of the Seventh Day Adventist Church which was not prohibited in Austria, but their distribution of religious pamphlets which were taken to denigrate Catholic customs like the cult of Mary opened them to prosecution. Anton BRUGGER was a street missionary for a while and he was sentenced to three weeks imprisonment by the Klagenfurt State Court in Carinthia on August 10, 1934. After that he lived variously in Zell am See (near Kaprun) and in Salzburg.

Under the Nazi-Regime Anton Brugger tried to emigrate via Italy to Brazil with his lover Ester, but he failed and returned alone to Salzburg. From August 1940 on he lived at 8 Josef-Schwer-Gasse in the Maxglan neighborhood.

He was a confectioner and worked for the Fürst pastry shop, the inventors of the famous Mozartkugel. He also continued his association with the now banned Reform Adventists, who (like the Quakers and Jehovah’s Witnesses) took the 5th commandment »thou shall not kill« to mean that they were prohibited from serving in the military.

The »Military protection ordinance« of November 25, 1939 made »participation in an association opposed to the military« a crime, even for those who hadn’t yet refused to serve. On March 14, 1941 a »special court« of the Salzburg State Court sentenced Anton BRUGGER to two years imprisonment for violating this ordinance.

Anton BRUGGER was supposed to serve this sentence in a prison camp in Dieburg near Darmstadt, but before his sentence was over he was drafted into the army in November 1942. When he refused to serve on religious grounds he was sentenced to death by the Reich’s Court Martial in Berlin on January 5, 1943 for violation of section 5 of the »Special Wartime Crimes Regulations«.

He was beheaded in the Brandenburg-Görden prison on February 3, 1943.

In 1947 the city of Brandenburg honored the pacifists from Salzburg. Their urns were buried in an honorary grave. In Salzburg the eight Jehovah’s Witnesses who were executed for refusing military service have now also been honored: Johann Ellmauer, Gottfried Herzog, Franz MITTENDORFER, Johann PICHLER, Franz REITER, Josef WEGSCHEIDER and the brothers Johann and Matthias Nobis. 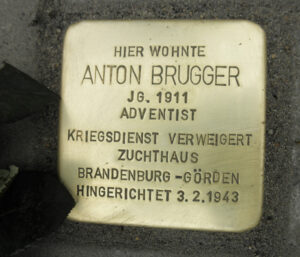 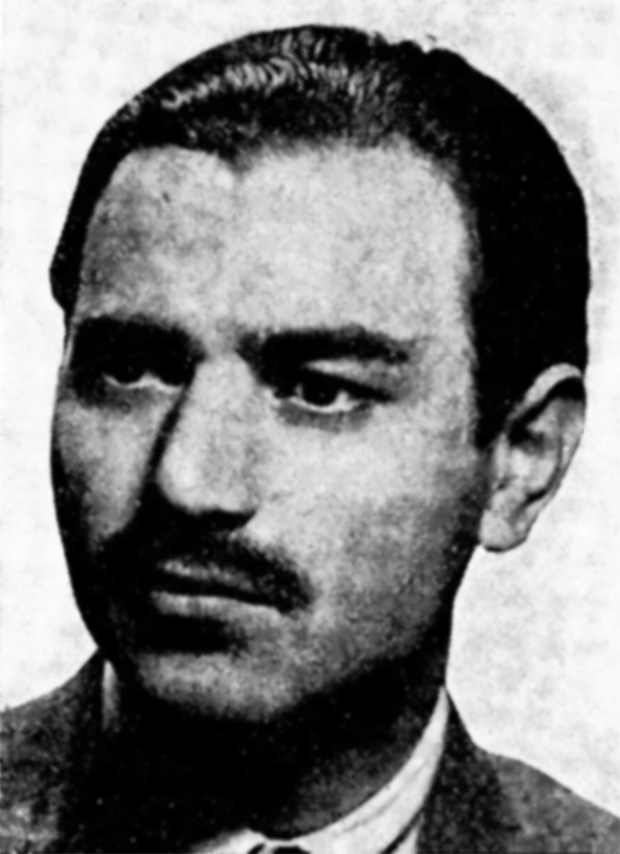 All stumbling stones at Josef-Schwer-Gasse 8