Viktor POLLAK was born in Prague on January 16, 1865, and though born and raised as a Jew he converted to Catholicism in the Vienna Schottenpfarre church in 1891. He was a musician and became the conductor of the Salzburg 3rd Alpine Infantry Battalion band. Married with three children, after the early death of his wife in 1918 he lived alternately in Vienna and Salzburg. In his May 1934 registration he identified Salzburg as his permanent residence. For Religion his registration card identifies him correctly as a Roman Catholic.

When Viktor POLLAK moved into the house at 5 Frueaufgasse on May 16, 1938, shortly after Austria’s absorption into Nazi Germany, he didn’t have to tell his landlady about his ancestry. For about three and a half years he left undisturbed by the Nazis racist persecution of Jews, but then another resident who took POLLAK for a »half-Jew« began to suspect an intimate relationship between him and his landlady. She then reported her suspicion to the Gestapo and Viktor POLLAK was arrested on November 13, 1941. The Gestapo report concluded:

Pollak was previously not known to be a Jew and was therefore able to avoid being caught up in the general round up of Jews. In his police registration of 5/16/1938 he was able to conceal his racial identity by identifying himself as Catholic.

A suspicion and denunciation were needed to reveal his »racial identity«, but then they led to the momentous accusation of having committed »Rassenschande« —shaming the race. As a criminal charge, this was usually directed only against the man in such relationships. Victor POLLAK did not deny his love affair with the landlady, a so-called »Aryan racial comrade«. That was considered a crime punishable by a special court in Salzburg under the Nazi »Law for the Protection of German Blood and German Honor.«

Viktor »Israel« POLLAK (as he was legally identified after his ancestry became known) was sentenced to eighteen months imprisonment on January 29, 1942 and sent to the Amberg prison in Bavaria. From there he was sent to Maltheuern in the Sudetenland [now Záluží in the Czech Republic], north of Brüx [now Most in the Czech Republic]. There he was imprisoned in a forced labor and prison camp belonging to Hermann Görings Sudetenländischen Treibstoff-Werken (STW) which produced synthetic gasoline.

The Salzburg Gestapo insisted that after serving his sentence the »full Jew« should be transferred back to Salzburg so that he could be deported to a concentration camp, but the 77 year old Viktor POLLAK didn’t survive his imprisonment in »STW-Camp 28a.«1 His death on November 14, 1942 was promptly reported to the Provincial court and the registration police in Salzburg. But his name isn’t to be found in the Shoah Databanks and there is no record of any victim restitution action, nor any judicial record indicating that the informer, Gestapo officers, or judges were ever brought to justice.

1 Deportation after completion of a sentence was the usual practice of the Gestapo – as can be seen in the biography of another victim: Karl Koffler was born Jewish in Siebenbürgen in 1912 and converted to Catholicism in Salzburg in 1937. He was convicted of »Rassenschande« in Salzburg in March 1940, sentenced to 18 months imprisonment in Salzburg and then deported to the Flossenbürg concentration camp after he completed his sentence. He was murdered there on May 7 1942. 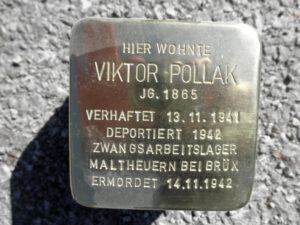 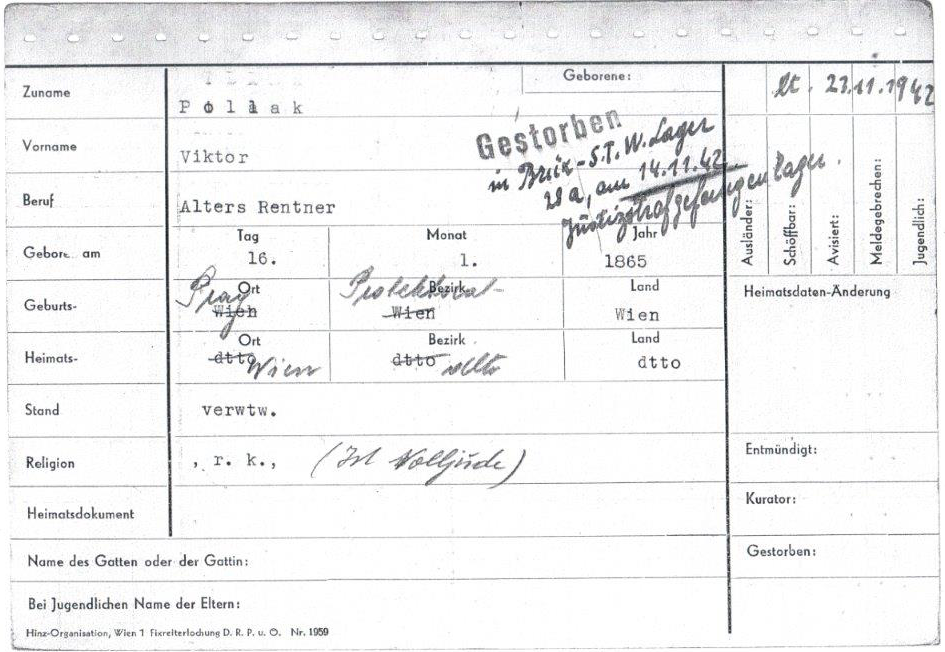 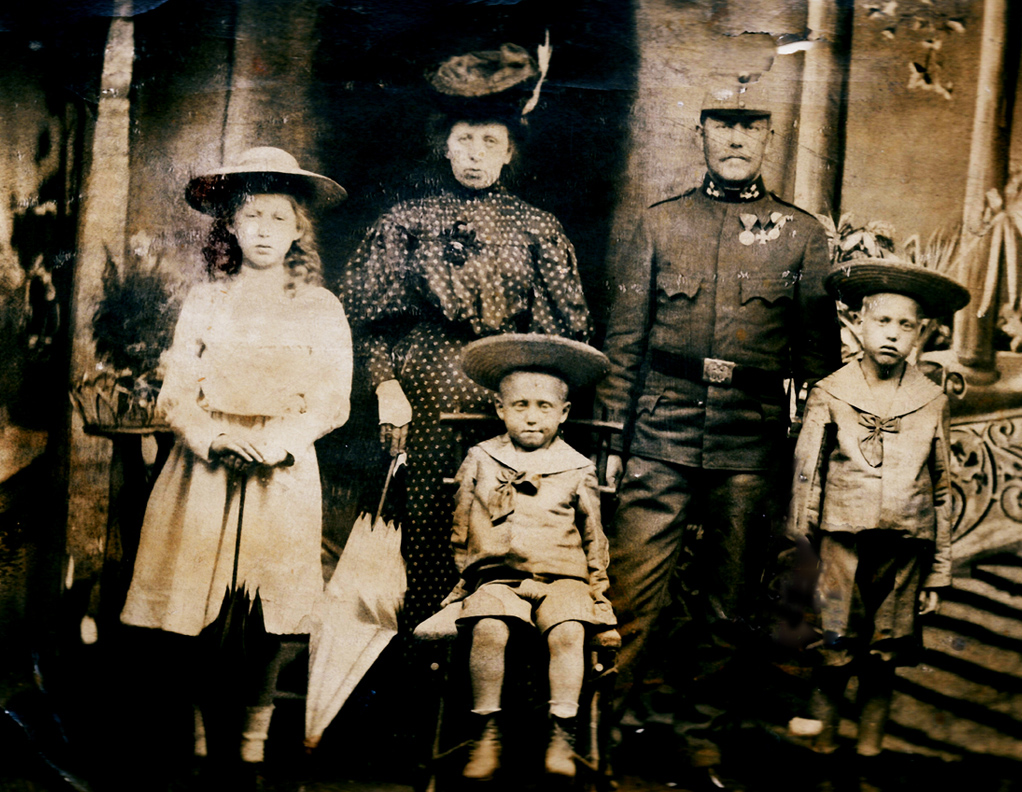 All stumbling stones at Frueaufgasse 5