Dr. Eduard PORTHEIM was born in Vienna on October 15, 1910. He was the first child of the Jewish couple Elisabeth und Leopold PORTHEIM. He studied law at the University of Vienna and got his doctorate there in 1936.
Eduard’s father Leopold came from the prominent Prague family of Eduard Ritter von PORTHEIM. Leopold was a botanist and was a co-co-founder of the Vivarium botanical research institute in Vienna. In 1938 he fled to England with his wife and his daughter Susanne. Eduard’s widowed Aunt Leontine1 and his Uncle Victor stayed in the Third Reich and committed suicide before they were to have been deported. Eduard’s other two uncles, Friedrich and Emil were killed in concentration camps.

It isn’t clear why the Vienna lawyer Dr. Eduard PORTHEIM chose to move to Salzburg during the Nazi regime. A plausible explanation is that he was an acquaintance of the liberal Junger family who lived at 6 Makartplatz.

Josefine Junger was a close friend of Stefan Zweig’s wife Friderike and one of her younger daughters, Roswitha, was married to art critic Ignaz George Pollak (who was the son of Albert Pollak, one of the first Jews to move to Salzburg when it became allowed late in the 19th century). Rosewitha’s twin sister Ida Karoline Junger (who had studied voice in Vienna and had returned to Salzburg in 1938 before going on to Italy) is supposed to have been a friend of Dr. Eduard PORTHEIM. In any case 6 Makartplatz was his last known address according to the Shoah Databases.

On October 16, 1940 Dr. Eduard PORTHEIM was registered in the Dachau concentration camp as Jewish »protective custody« prisoner Number 20544. He was later registered in the Neuengamme concentration camp on January 23, 1941 and he was readmitted to Dachau as prisoner Number 27520 on September 14, 1941. The 31 year old Dr. Eduard PORTHEIM was one of the Dachau prisoners who were deported to be gassed at the Hartheim Castle killing center on February 23, 1942 under cover of the euphemism »invalid transport« and »special treatment 14f13«.2

Dr. Eduard PORTHEIM’s Doctor of Law degree from 1936 was canceled by the University of Vienna on »racial« grounds in 1941. It took 67 years for the university to finally reinstate his degree in 2008.

1 Leontine Portheim’s husband was the Professor of mineralogy and crystallography at the University of Heidelberg Dr. Victor Mordechai Goldschmidt who had founded the Josefine and Eduard von Portheim Foundation in Heidelberg. Having fled Nazi Germany, Dr. Goldschmidt died in exile in Salzburg on May 8, 1933.

2 »Sonderbehandlung 14f13«: the »14« stands for Concentration Camp Inspector, »f« stands for fatal, and »13« stands for gassing in the killing centers of the »T-4« organization. 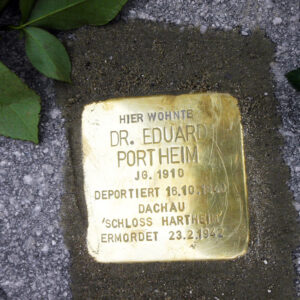 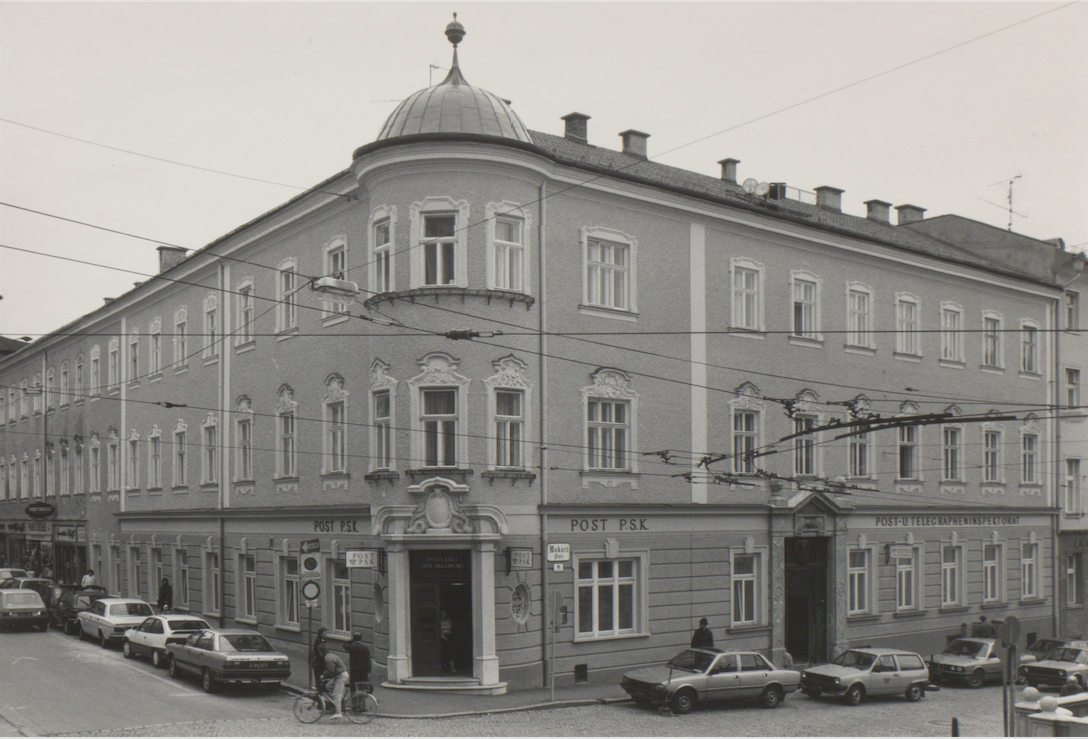 All stumbling stones at Makartplatz 6