Richard METZL was born in Prague (Austria-Hungary at the time, later Czechoslovakia and now the Czech Republic) on April 20, 1870. He was the younger of two children of the Jewish couple Louise Wiener METZL and Moriz (Moses) METZL (the name had been shortened from METZELES). The METZL family moved from Prague to Vienna, the capital of the double monarchy, in the early 1880s. Moriz METZL was a merchant who died in Vienna in 1896, and was buried in the Jewish section of Vienna’s central cemetery. After his death Louise METZL lived alternately in Salzburg and Carlsbad, where her son Richard worked as an actor. The 77 year old Prague native died in Salzburg on September 10, 1909 and was buried in the Jewish cemetery in the Salzburg suburb of Aigen (which was later incorporated into the city). Her gravestone can still be found there.

For a while Richard METZL was a member of Paul Blasel’s troupe, which had been playing the Salzburg City Theater since October 1899. He generally played the roles of heroes, lovers and bon vivants – mostly leading roles, like the title role in William Tell, Farmer Huber in Die Kreuzelschreiber, Baron Botho in the comedy On the Sunny Side, and Count Stainville in Albrecht Emil Brachvogel’s tragedy , Narcissus. Richard METZL’s older sister Ottilie was an actress at Vienna’s Burg and Raimund theaters. When she married the author Felix Salten in 1902 (later famous as the creator of Bambi), the prominent witnesses included Arthur Schnitzler and Siegfried Trebitsch. The couple fled the violence in Austria when the Nazis took over in 1938 and both died in Zurich: Ottilie in 1942 and Felix Salten in 1945.

In 1902 the 32 year old Richard METZL withdrew formally from the Vienna Jewish Community and he was baptized in the Evangelical-Reformed Church (Helvetic Confession) in 1910. He was baptized and married while he lived in Berlin, and his children Ljuba and Peter were born there. As an actor and director in Berlin Richard METZL had worked with Max REINHARDT and after the Salzburg Festival was founded in 1920 he became Reinhardt’s secretary in Schloss Leopoldskron as well as directorial assistant and actor in Festival productions of Everyman, the Servant of Two Masters and Stella, always remaining in the shadow of the famous director Max Reinhardt. Although he worked in the shadow of the famous Max Reinhardt his activities were still noticed and on the occasion of the 100th performance of Everyman in the 1936 Summer Festival the Austrian President presented Richard METZL with the Knight’s Cross of the Austrian Order of Merit.

It is worth noting that Reinhardt’s secretary Richard METZL became close friends with the the famous author Stefan Zweig. The two friends were photographed together in the summer of 1933 when they attended the dress rehearsal for Reinhardt’s Salzburger Faust in the Felsenreitschule. Zweig avoided the illustrious society at Reinhardt’s Schloss Leopoldskron and then he fled Salzburg after the Austrian police searched his house on the Kapuzinerberg for weapons in February 1934.

Richard METZL was continually underway for Reinhardt’s various theater operations in Berlin, Vienna and Salzburg and had no long term residence. After the Nazis took power in Germany, his travels were reduced to Austria but he was still on the move. It isn’t clear if METZL was in Salzburg at the time of the bombings in Salzburg by the illegal Nazi underground in 1934, especially the explosions in the Festival House on May 18th and in Schloss Leopoldskron on June 5th. It is certain, however, that METZL experienced the violence in Vienna that accompanied the »Anschluss« of Austria by Germany in March 1938. The 68 year old actor/director was registered with the police there until August 26, 1938 – when he was recorded as having left for »Salzburg«. But he was never registered there and METZL may have just traveled through as he fled from an Austria that was now part of the Third Reich.

Most traces of Richard METZL’s life in exile have been lost, but not all. Next to the name Richard METZL in the Salzburg police register is a notation: »+ [death] 31. X. 1941 Paris«. The Salzburg police could only have gotten the date and place of death from the German occupation authorities in France. This suggests that the life of the 71 year old Richard METZL came to a tragic end in occupied Paris. But what happened to his wife Eugenie and their children Ljuba and Peter? 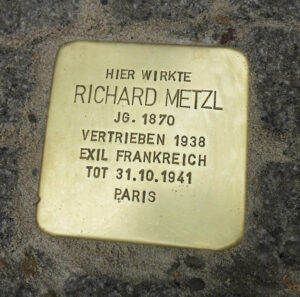 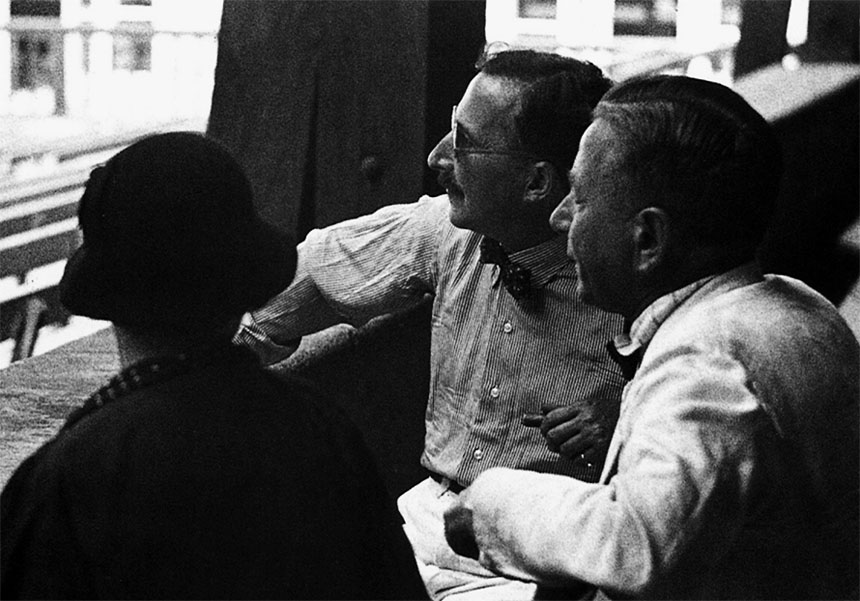 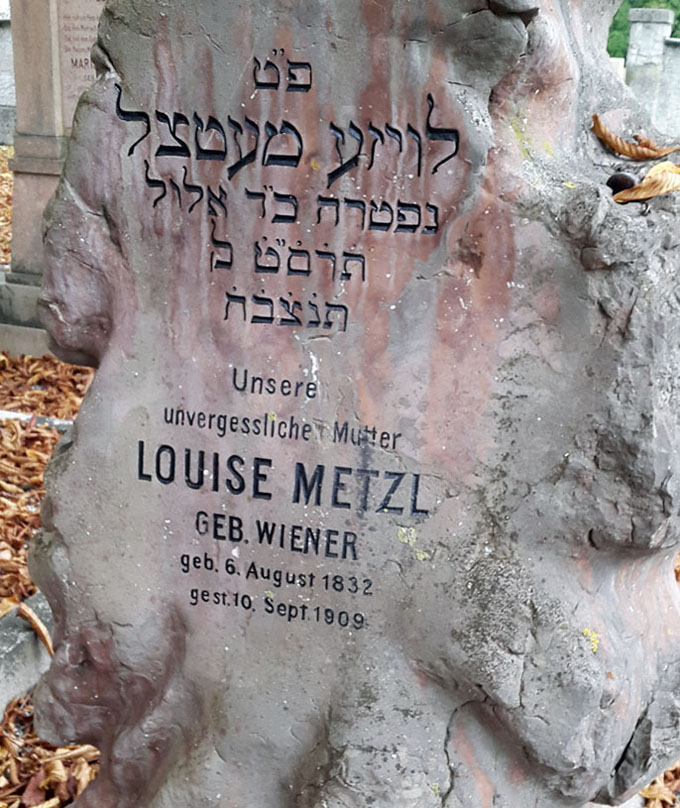