Diploma Engineer Rudolf Erich MÜLLER was born in Pozega (in what was then Austria-Hungary and is now Croatia) on July 10, 1873. He converted from Judaism to Catholicism and he was married to a Catholic woman with no known Jewish ancestors. From1912 on he was the owner of a commercial agency in Salzburg, and he had local citizenship rights in Salzburg along with his wife. They lived on the 2nd floor of 6 Mirabellplatz, and also owned the building at 17 Schwarzstraße/16 Elisabethkai which they had to sell for an annuity in the violent year 1938.

In November 1938 they were forced to move out of their large apartment on the Mirabellplatz so that it could be occupied by a German SS officer and department head for the SS intelligence service, the SD. Rudolf Erich MÜLLER was arrested as »racially Jewish« on November 11, 1938 (right after the »Reichskristallnacht« pogrom) and deported to Vienna. There he lived in the Carmelite cloister (old age home) at 15 Töllergasse in the 21st district – which was used as a »collection residence« for Catholics of Jewish origin who were targeted for further deportation. On July 10, 1942 the 69 year old Rudolf Erich MÜLLER was deported to the Theresienstadt concentration camp, where he was murdered on March 3, 1943.

In May 1944 his widow was living in a small apartment in Salzburg when the Gestapo informed her that her husband was dead. In 1948 Mrs. MÜLLER received the annuity for the house they had been forced to sell back in 1938 for the first time. She died in Salzburg in 1964.

On the ground floor of 6 Mirabellplatz there were two Jewish shops:

One was Oswald Löwy’s toy, dry goods and souvenir shop (for the fate of the Löwy Family see the Stumbling Blocks for 12 Franz-Josef-Straße 12). The other was a branch of the Vienna clothing store Zum Matrosen that had been founded by Leon Abrahamer and was later owned by his son Julius. Adolf Aron Weiss was the Jewish manager of the Salzburg branch for more than three decades and even under the Nazis he continued to live with his Catholic wife at 5 Vierthalerstraße. He died there from malnutrition on November 6, 1944 and was buried in the »Tomb of the Forgotten«. 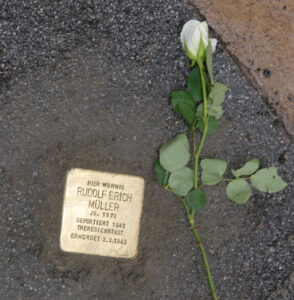 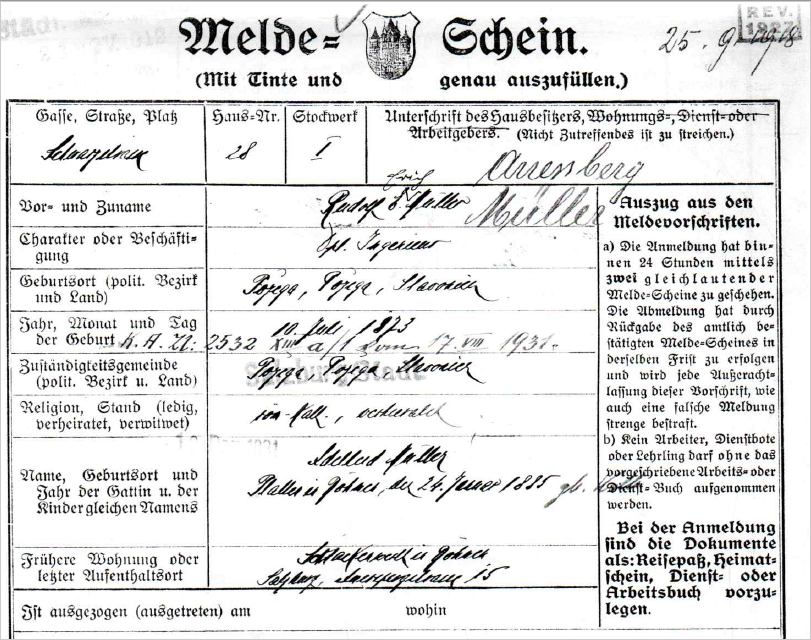 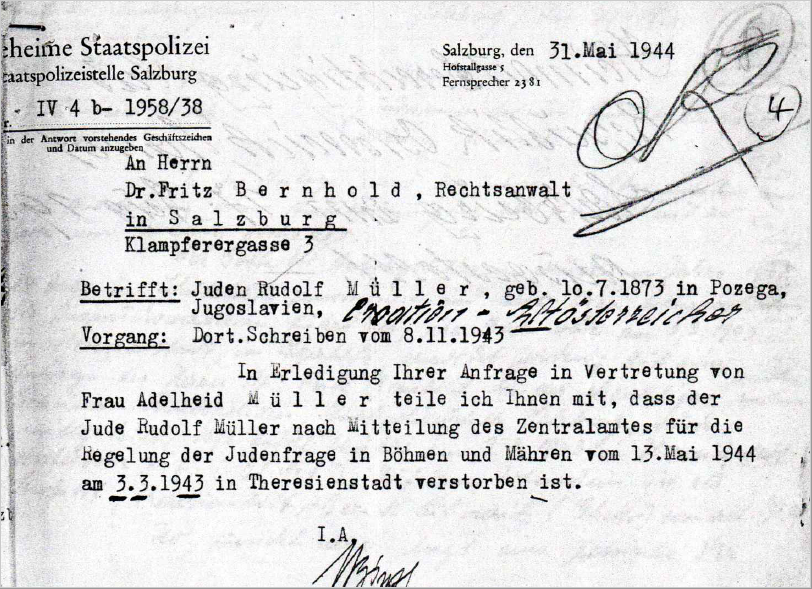 All stumbling stones at Mirabellplatz 6