Karl RINNERTHALER was born in Sighartstein (a few miles northeast of Salzburg near Neumarkt am Wallersee) on May 15, 1885. He was a janitor employed by the city who lived with his wife and three daughters in the »Realschule« [a semi-academic high school] where the AVA-Hof shopping center is now on the Hanuschplatz. The whole family had local citizenship rights in Salzburg.

Karl RINNERTHALER was a member of the Social-Democratic Labor Party, the Childrens’ and Nature Friends, the Free Trade Unions, the Freethinkers’ League, and the Republican Defense League. After all these workers’ organizations were smashed and forbidden by the Austrian dictatorship in 1934 he was a member of the illegal Austrian Revolutionary Socialists (RSÖ). Many city workers, including the school janitor Karl RINNERTHALER, belonged to the RSÖ »Stadtgemeinde« section that was created during the Austro-Fascist dictatorship and reactivated under the Nazi-Regime.

At the beginning of 1942 the Gestapo was able with the help of a »Spitzel« [a spy who infiltrated the RSÖ] to smash the RSÖ resistance group led by the railroader Engelbert WEISS. There was no evidence of either sabotage or the use of weapons by any of the arrested RSÖ members, most of whom were railroaders. They were charged with conspiracy to commit treason and three of them were sentenced to death and executed: the railroaders Engelbert WEISS, August GRUBER and Anton GRAF.

Six city workers were tried in Salzburg on August 4, 1943, including the janitor Karl Rinnerthaler who had been arrested on November 23, 1942. The defendants argued that their RSÖ membership dues were for the support of the families of fellow workers who had been arrested or otherwise fallen into distress – simply a gesture of socialist worker solidarity, but the Nazi regime considered that participation in the »Rote Hilfe« [Red Aid], an illegal organization of the Austrian Communist Party. The court held that because collecting money for the »Rote Hilfe« – and for the RSÖ – maintained and strengthened Marxist solidarity the defendants had knowingly promoted the goal of the Austrian Revolutionary Socialists: the violent overthrow of the Nazi government. The Vienna Superior Court sitting in Salzburg sentenced each of the RSÖ members to four years of imprisonment for »conspiracy to commit treason«.

Karl RINNERTHALER served his sentence in the Landshut, Bruchsal and Kaisheim prisons until he was freed on May 23, 1945. When he returned to Salzburg he needed to be hospitalized because of his mistreatment in prison and the 60 year old died from his injuries on January 28, 1946. His widow Adelheid received victims’ compensation and continued to live in Salzburg until her death at age 83. 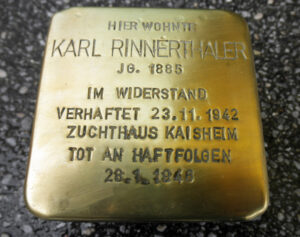 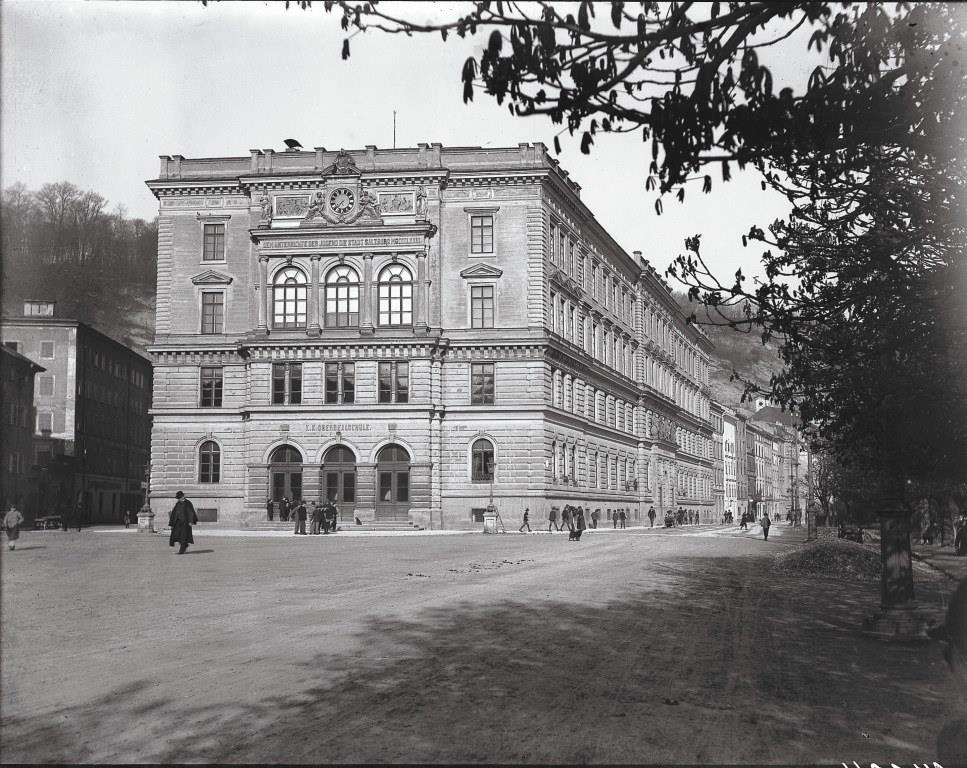 All stumbling stones at Franz-Josef-Kai 1