Erich KLEIBER was born in the Austro-Hungarian capital and imperial residence Vienna on August 5, 1890 and was baptized into the Roman Catholic Church in the St. Josef zu Margareten Parish. He was the younger of the two children of the Gymnasium teacher Otto Kleiber PhD and his wife Veronika neé Schöppl. Both parents died young and the two children were raised by relatives.

Erich KLEIBER studied philosophy, art history and music in Prague. His engagements as a conductor in German music cities and in particular his work as general music director at the Berlin State Opera with spectacular premieres of contemporary works by the composers Alban Berg, Ernst Krenek, Darius Milhaud, Arnold Schönberg and Igor Stravinsky from 1923 to 1934 are well documented.

In the music city of Vienna, the opera Wozzeck, completed by Alban Berg in 1921, was considered difficult to realize. Its first performance on December 14, 1925 at the Berlin State Opera under the direction of Erich KLEIBER therefore attracted a lot of attention and even admiration in Vienna.

… he [KLEIBER] staged ‘Wozzeck’, which until now had been considered impossible. Just two years ago, when the piano excerpt was published, all the artistic directors, directors and conductors said: We can not manage that. And indeed – it is probably the hardest thing that has been written for the opera stage. The difficulty is solved. And wonderfully solved here …
Despite the boldness of the music, the reaction was quite unusual. Stormy applause and innumerable calls to take another bow honored the singers, Kleiber and Alban Berg.
Die Stunde, December 17, 1925, p. 8

Erich KLEIBER gained an international reputation. This can be seen in his increasing number of foreign tours. In 1926 he conducted for the first time at the Teatro Colón, Buenos Aires.

He met his wife at a US embassy: Ruth Goodrich, who had been born as Ruth Baumgardner in Waterloo, Iowa on September 30, 1900.

The Jewish origins of Erich KLEIBER’s wife remained unknown to the German public even while he was heavily attacked by the Nazi press as general music director for his commitment to modern music.

Despite these attacks, on November 30, 1934, during the Nazi regime, he managed to perform Alban Berg’s Lulu-Suite (pieces from the opera fragment Lulu) at the Berlin State Opera.

Alban Berg’s success in Berlin is all the more interesting and meaningful when the numerous German theaters that performed Berg’s opera ‘Wozzeck’ all synchronized their schedules [that is made them conform to Nazi ideology] and no longer staged the work. Berg’s second opera [Lulu-Suite] did not fare any better. Nevertheless, Erich Kleiber dared to perform five pieces from the ‘Lulu’ music, if not the entire work, with appreciable moral courage.
They achieved the great undisputed success in the latest symphony concert at the ‘Unter den Linden’ opera house.
Die Stunde, December 4, 1934, p. 4

In Nazi Germany, the Viennese composer Alban Berg, although neither a Jew nor a Communist, was considered a »cultural Bolshevik«. The attacks were also aimed at Erich KLEIBER as an advocate of the condemned modern music. His days in Berlin were clearly numbered.

After a heated debate about the Berlin opera director Wilhelm Furtwängler – after he protested against the banning of Jewish musicians he was replaced as opera director by Clemens Krauss who had left Vienna – KLEIBER announced his resignation as general music director. He left Berlin in early 1935.

The family lived near Salzburg for a while and Erich KLEIBER celebrated his 45th birthday here on August 5, 1935. In the festival summer of 1935, instead of the planned opera Elektra by Richard Strauss, which had been canceled from the program, he conducted two orchestral concerts: Mozart, Bach and Beethoven in the Mozarteum and Dvořák, Schubert and Josef Strauss in the Festival House.

Erich KLEIBER’s Festival debut on July 31, 1935 made a captivating impression on music critics:

In the second gala concert of the Vienna Philharmonic, Erich Kleiber, who settled nearby after leaving Berlin, made his debut as Salzburg Festival conductor. The 45-year-old man, of small stature, with an initially imobile face, but filled with palpable inner tension, conducted a small Mozart symphony (B flat major, KV 319) with economical gestures and obvious simplicity; he conducted the music to accompany a Bach piano concerto (D minor), paying careful homage to the strictly classical form of the work.
But he becomes the demon of his orchestra when he plays Beethoven, especially in the fluid Seventh Symphony with its dance-like and often folk rhythms. Here he knows how to grab his listeners from the first chord. The figure becomes flexible, the face takes on a harsh, combative streak, the arms spread and stretch themselves in order to rush down with force on the forte parts. …
Without a doubt an enrichment of Salzburg’s list of conductors; According to the important position that Kleiber held as general music director alongside Furtwängler and Leo Blech at the Berlin State Opera, as a native of Vienna he should also be an up and coming man for Vienna.

But as a courageous advocate of modern music, KLEIBER was not really welcome in either Vienna or Salzburg. He remained an uncomfortable man who could not gain a foothold in Austria. His hopes for a permanent commitment were dashed.

In Europe, Erich KLEIBER was a traveling guest conductor before he emigrated with his family to South America and found a place where he could live and work: Buenos Aires with its Teatro Colón. The KLEIBER family, who lost their Austrian citizenship in 1938, were immediately naturalized in Argentina.

After 1948 Erich KLEIBER was again a guest conductor in Europe. For example, he conducted an orchestral concert at the 2nd International Music Festival, which took place in Vienna in June 1948.

His involvement in the divided city of Berlin was also short-lived. His attempted »bridge« between East and West failed. It was said in Vienna:

Kleiber is certainly a great conductor and was born in Vienna, and he will certainly not fail to be asked for a guest performance at the Vienna Opera. But there is time.
Die österreichische Furche, 2. 4. 1955

KLEIBER gave a concert with the Cologne Radio Orchestra in Mozart’s honor that turned out to be his last concert. On Mozart’s 200th birthday, January 27, 1956, Erich KLEIBER died in a Zurich hotel room at the age of 65.

In response to the rumors of invitations to conduct in Austria that had spread there after his death, his son Carlos replied:

There have been no negotiations to bring Erich Kleiber to the Vienna Opera, and neither has anyone ever talked to him about taking part in the Salzburg Festival.
Salzburger Nachrichten, February 1, 1956 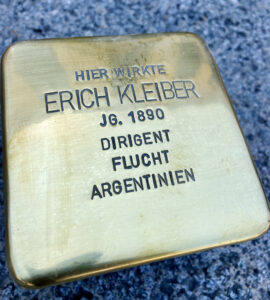 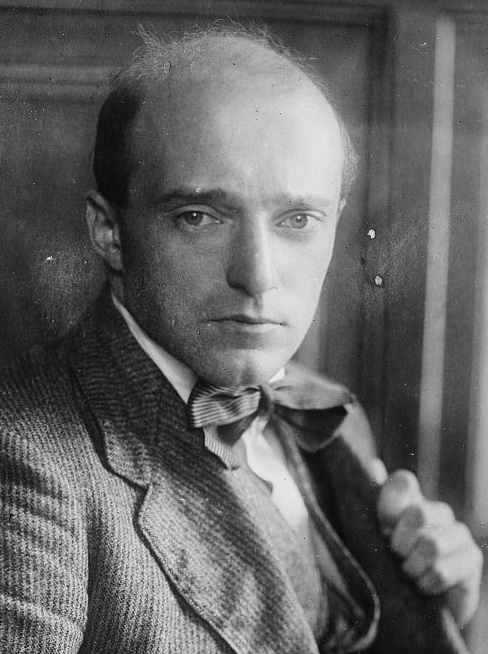