Ernestine Theodora MUIK née HOLZER was born in St. Johann im Pongau (Province of Salzburg) on December 11, 1903. She was the youngest of three children born to the Jewish couple Auguste and Rudolf HOLZER who owned a print shop in St. Johann im Pongau1 and a house at 13 Wiesbauerstraße in Salzburg-Maxglan. Although her parents didn’t convert to Catholicism until the beginning of the 1920s, they had all three of their St. Johann born daughters (Olga Margarete, Auguste Johanna and Ernestine Theodora) baptized shortly after their births.

The parents sold their house and print shop in St. Johann in 1925 and moved to their house in Maxglan at 13 Wiesbauerstraße. Rudolf HOLZER died there in 1932 at age 61. After that the widow Auguste lived with her married daughter Auguste Johanna Auer and son-in-law Vinzenz Auer in St. Johann. She still lived there under the Nazi regime but was seriously ill. The 71 year old paralyzed Auguste HOLZER née Adler was picked up by the Gestapo and shipped off to Vienna. On June 24, 1943 she was deported to the Theresienstadt concentration camp [now Terezin in the Czech Republic], where she was murdered on September 24, 1943.

Their oldest daughter Olga Margarete Liebermann had already died in November 1936 before the Nazis took over Austria. Their second oldest daughter Auguste Auer’s marriage remained intact, so she was able to survive the terror years in St. Johann and lived until 1968. But their youngest daughter Ernestine Theodora suffered a different fate. She had been married to a railway worker named MUIK in Saalfelden, in the Zell am See district, since 1924. When the Nazis took over Austria he faced loosing his job with the state owned railway system if he remained married to a wife defined by the Nuremberg Racial Laws as a »full Jew« and the couple separated (and eventually divorced).

Ernestine MUIK lived temporarily with her sister in St. Johann before moving to the house of the hotelier Alois Fröhlich at 14 Plainstraße in Salzburg (as recorded in the police register of the city of Salzburg). The not yet divorced 37 year old was shipped off to Vienna by the Gestapo on July 5, 1941 and she was registered at 4/1/6 Nickelgasse in the 2nd District with the notation »J« for Jewish. In August 1942 her marriage was dissolved in Zell am See.

The 39 year old Catholic Ernestine Theodora MUIK was deported to the Theresienstadt concentration camp in Transport 46b on January 8, 1943 and a few weeks later she was shipped to the Auschwitz death camp in Transport Cr on January 23 where she was killed (presumably on arrival, date of death unknown).

1 Another Jewish family lived in St. Johann im Pongau as well, but unlike the Holzers they weren’t converts and were members of the Israelitischen Kultusgemeinde (Jewish Religious Society) of Salzburg. The married couple Karl und Charlotte Schneider lived in the Judenreithaus in 1938 and were murdered in the Chelmno (Kulmhof) death camp in Poland on June 28, 1942. Their daughter Else had been born in St. Johann on April 25, 1908 and had married Felix Preis in the Salzburg Synagogue in 1933. She was murdered in Auschwitz with her husband and their children Eva and Peter in 1944. The only survivor from the Schneider family was Karl and Charlotte’s son Friedrich who had been born in St. Johann on February 5, 1905. After studying medicine he practiced in Mühlbach on Hochkönig and St. Johann im Pongau before fleeing to England in 1939. Dr. Friedrich Schneider died in Bromsgrove, Worcestershire in 1983. 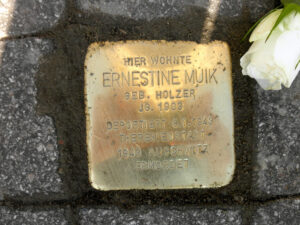 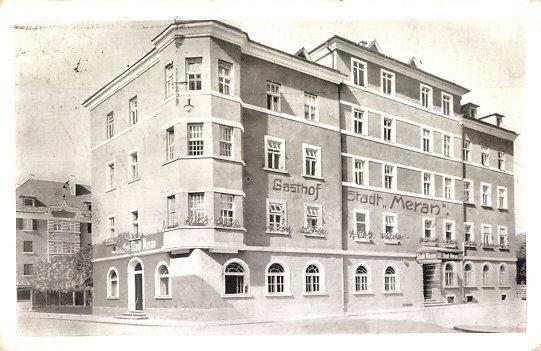 All stumbling stones at Plainstraße 14