Hermine GRAUPNER was born in Graz on November 9, 1908. She was an unmarried Protestant seamstress. On July 11, 1934 the Graz resident was in Salzburg — though whether she was looking for work, being a tourist or just visiting friends is unknown.

What is known is that she was the victim of an act of political terror while underway on a public street: an accidental victim without any connection to the politically motivated crime. Judicial files indicate that specific individuals and places were targeted by Nazi terrorists over the course of 1934: bombings that damaged property and took human lives.

At around 9:15 on the evening of July 11, 1934 a bomb exploded under a car parked in front of the Bärenwirt restaurant on the Müllner Hauptstraße. The explosion sent shards of metal and burning gasoline onto the street and the sidewalk and six innocent passersby suffered mild to severe injuries as a result.

One of the victims was the 25 year old Hermine GRAUPNER who died from her burns the next day: the autopsy report said »the fatal injuries were associated with great pain«.

The bombed automobile belonged to the electrical contractor Josef Ausweger. Ausweger was a district leader of the Fatherland Front (the political organization of the »Austro-Fascist« dictatorship), which had made him a target of Nazi hatred. The terrorists responsible for the bombing were able to escape prosecution by fleeing across the border into Nazi Germany.

After the Nazis took over Austria Josef Ausweger was victimized further by being sent to a concentration camp. He survived the terror years in the camp and he became the first president of the non-political Concentration Camp Survivors’ Association after the liberation of Salzburg.

He also made a further political career in the Austrian Peoples’ Party (ÖVP) — which was the post-war successor to the Christian Social Party that had created the Fatherland Front. 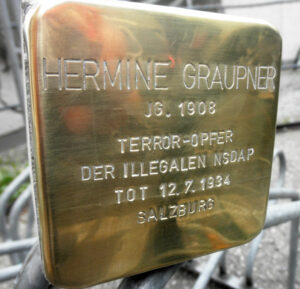 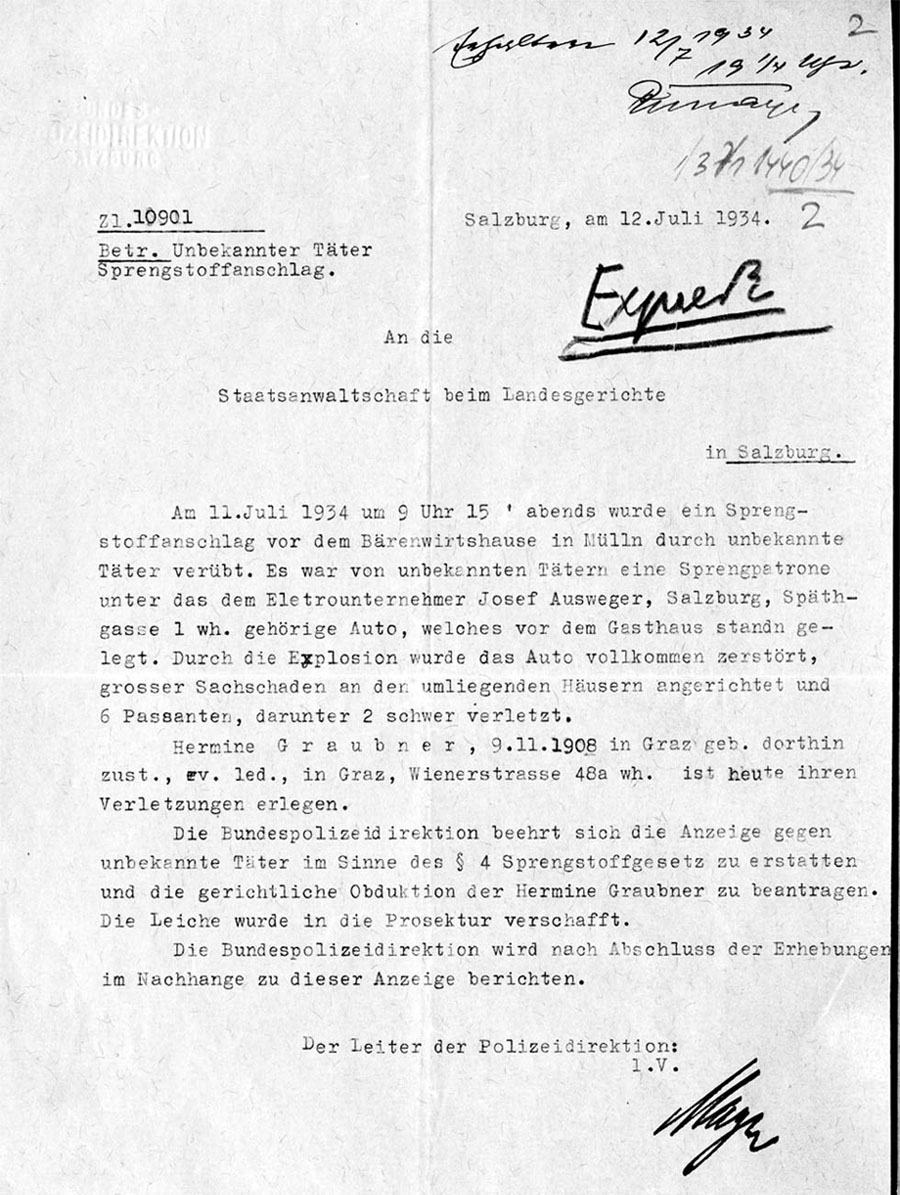 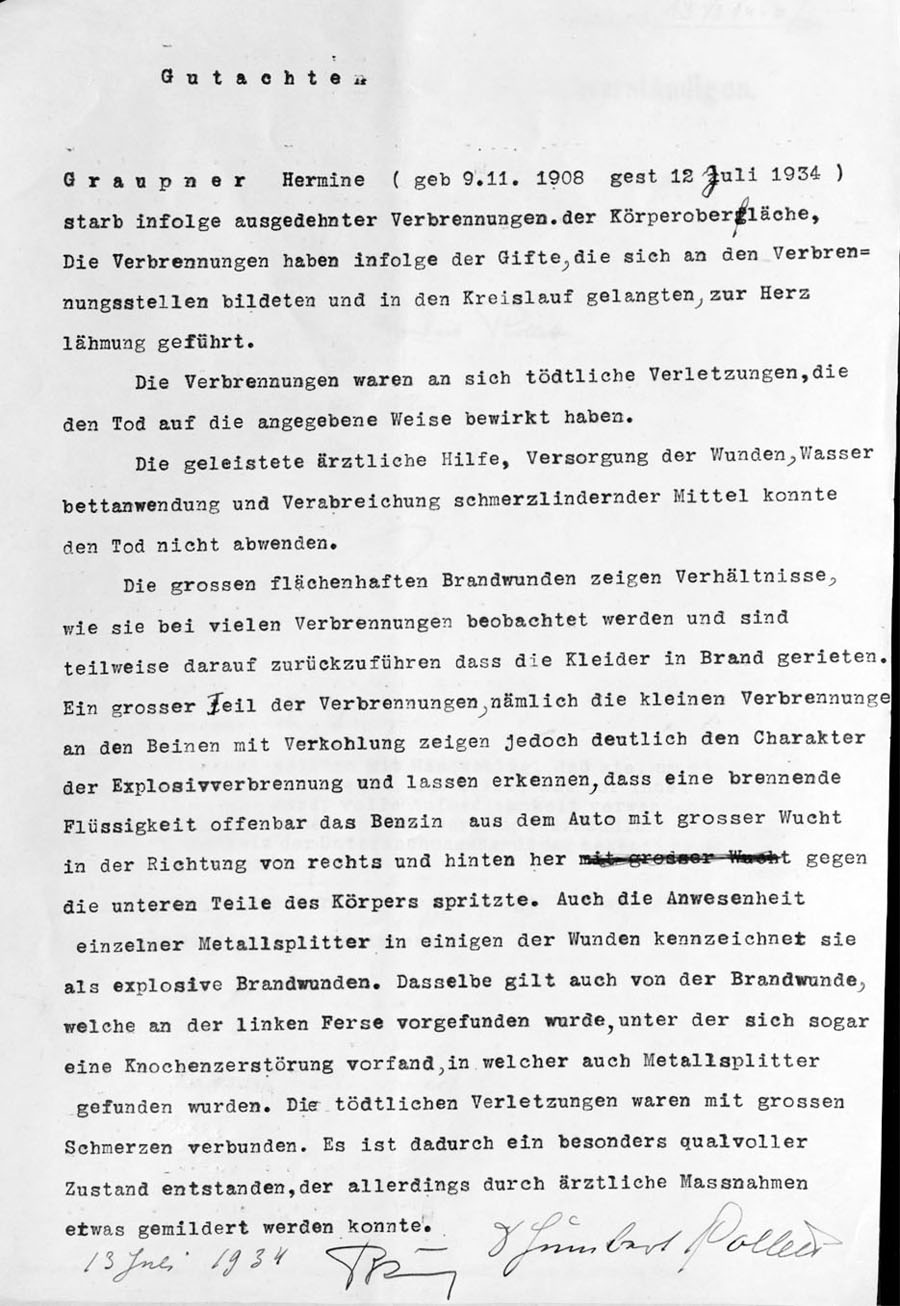 All stumbling stones at Müllner Hauptstraße 8