Regina TUREK was born in Salzburg on September 8, 1940. She was a legitimate Catholic child who had been in the City Children’s Home in Mülln [formerly operated by the Merciful Sisters/Barmherzige Schwestern] since February 7, 1942. On March 13, 1942 the Salzburg Health Office had her shipped off to the euthanasia center at the Vienna »Medical and Nursing Home Am Spiegelgrund« (Pavillon 15).

Two days later she was examined by Dr. Heinrich Gross and she was murdered there on March 26, 1942 – the official cause of death was recorded as »acute intestinal infection« 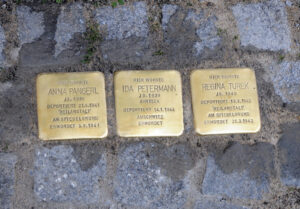