Susanne LEGERER was born in Bischofshofen [c. 50 km. South of Salzburg] in 1919. She was a Catholic single mother (of one child) who worked as a housemaid and conductor. She was arrested by the Gestapo on June 18, 1940, for critical remarks she made about the war after her brother had been killed in France. On June 28, 1940 she was deported to the Ravensbrück concentration camp, where she was murdered on April 4, 1941.

Her daughter Edith, who had been born in Salzburg in 1939, was raised by her grandmother and received a survivor’s pension after her mother was recognized as a victim of political persecution. 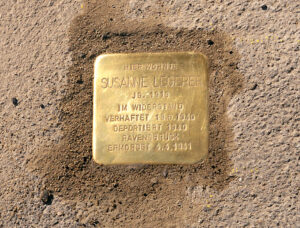 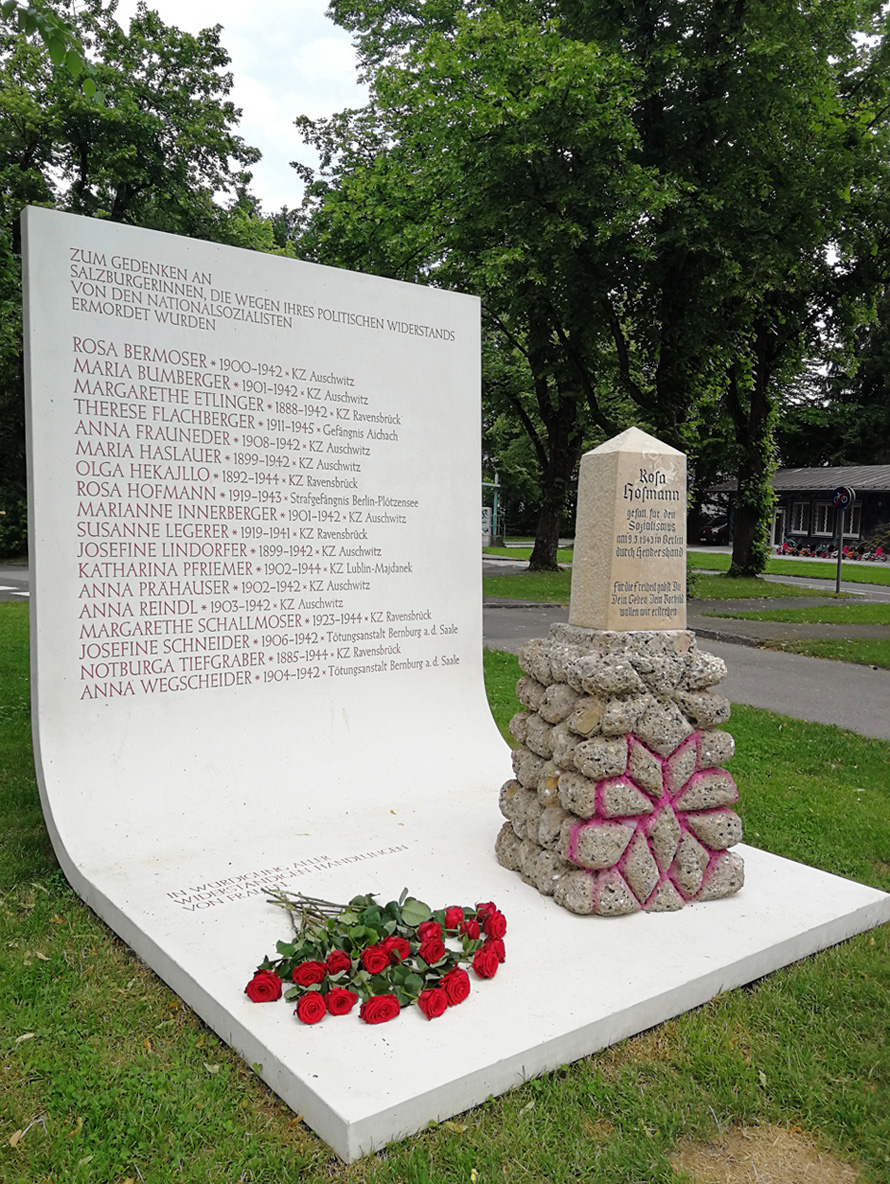 All stumbling stones at Josef-Schwer-Gasse 3