Ferdinand LANG was born in Langendorf, Moravia in 1913 (then part of Austria-Hungary, and now part of the Czech Republic). Starting in 1939 he lived at 11 Untersbergstrasse in Salzburg. He married his wife Herta in 1941 and was working as a senior bookkeeper in the Oberascher Nazi armaments factory in Kasern (a former bell foundry) when a coworker reported him to the Gestapo for making remarks criticizing the regime in 1944:

[…] On another occasion, Lang said that like all of the peoples conquered by the German Army the Czechs and Poles are unjustly suppressed by same and that German soldiers rob every country they occupy. When the witness [i.e. informer] Kuerzl suggested to him that Lang is a part of the Germans who stole everything, Lang replied to her: Yes, unfortunately I was born that way.

On October 11, 1944 Ferdinand LANG was convicted by the People’s Court of listening to enemy radio broadcasts, making anti-regime statements, undermining military strength, and aiding the enemy. He was sentenced to death and »eternal dishonor.« On November 21, 1944 he was executed at Munich-Stadelheim.

In June 1944 his wife Herta gave birth to their son, who was also named Ferdinand. After Ferdinand’s arrest she and her son were arrested and detained until the liberation of Salzburg. After the liberation Herta left Salzburg with baby Ferdinand. 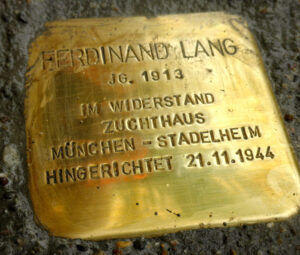 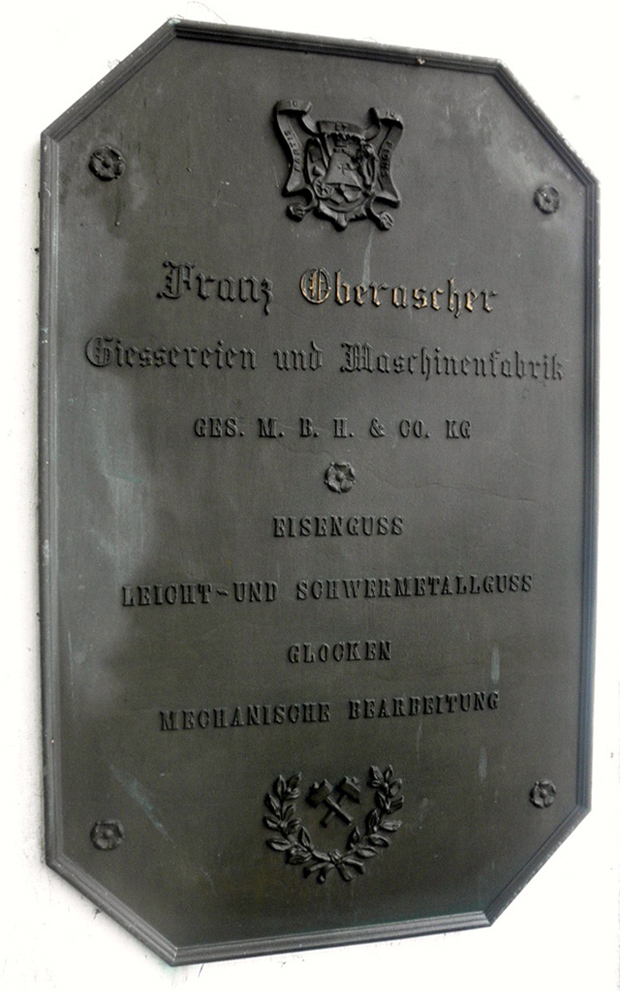 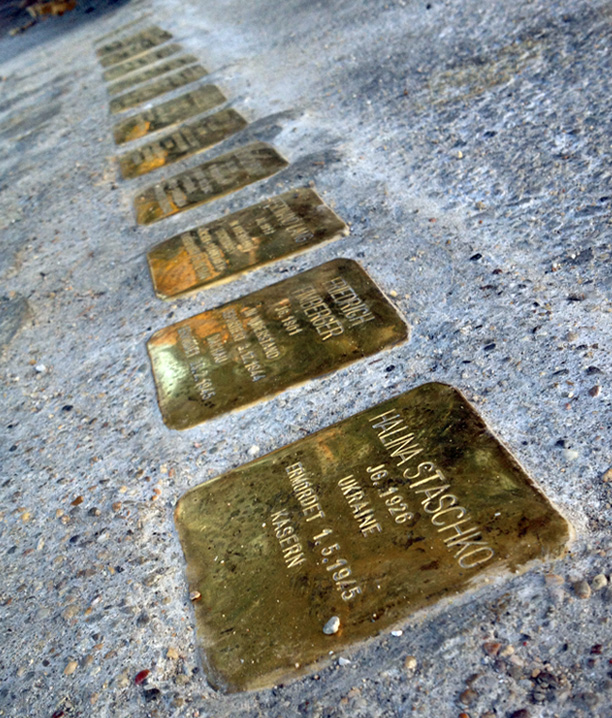