Josef Peter REISCHENBÖCK was born in Salzburg on March 23, 1890, and was a lifelong devout Catholic, Austrian patriot and idealist whose principles led him into the resistance against the Nazi regime.

He was the youngest child of Therese and Josef REISCHENBÖCK and grew up in humble circumstances.1 In 1913 he married Franziska (Fanny) Esser from Berndorf [a nearby town north of Salzburg], who was the daughter of a teacher. They had three children – Arno, Raimund and Erentrudis – and they lived on the grounds of Schloss Hellbrunn, which belonged to the city of Salzburg.

REISCHENBÖCK graduated from a Teacher Training Institute, became a teacher in elementary and middle schools, and was later the principal of the Haydnstraße Hauptschule [5th-8th grades] in the St. Andrä quarter [behind the church facing the Mirabell palace]. He was also active in the leadership of the Catholic Teachers Association. Under the Austrian dictatorship from 1933 to 1938 he was a member and workplace leader of the »Fatherland Front«, a united front political party established under Chancellor Engelbert Dollfuß on the fascist model that used a »Cross Potent« for its symbol – a heraldic cross called a Kruckenkreuz in German which had a short bar at the end of each arm and resembled the Nazis’ swastika.

When the Nazis took over Austria in March 1938 REISCHENBÖCK was removed as principal, but he continued to teach in the school. He was a member of the Nazi Teachers’ Association, which was obligatory for teachers, but he maintained his contacts with acquaintances that were considered enemies of the Nazi regime. In the spring of 1941 the devout Catholic Reischenböck was recruited by his fellow Catholic teacher Anton SCHUBERT for the illegal Communist Party of Austria (KPÖ), but only after SCHUBERT convinced him that the Communists were sure to win the fight against Nazism and would guarantee religious freedom after their victory. REISCHENBÖCK then paid his membership dues to SCHUBERT and wrote some pamphlets like »To Austrians in the German Army«, and »The Devout Catholic and the Communists« which he gave to the Communist functionary Anton SCHUBERT who was his only contact.2

Josef REISCHENBÖCK was arrested in his school on March 14, 1942 and was sentenced to death for »conspiracy to commit treason« by the »Peoples Court« on October 30, 1942. His family’s appeal for mercy remained unanswered and he wrote parting letters to his wife and each of his three children on May 7, 1943. The 53 year old REISCHENBÖCK was executed in the Munich Stadelheim prison at 6pm that day.

The Anti-Fascist Committee’s 1988 proposal that a Salzburg street should be named after Josef REISCHENBÖCK was never acted on, but in 1999 a memorial tablet for Josef REISCHENBÖCK was installed on the facade of the St. Andrä Hauptschule at the initiative of the Christian Teachers State Association and the Austrian Peoples Party Veterans of Political Persecution,.

1 His father Josef Reischenböck was a farmer’s son from Schärding am Inn, who worked in Salzburg as a domestic servant and coachman. The family had local citizenship rights under the old Austrian Heimatrecht laws.

2 The Communist Party of Austria Functionary Anton SCHUBERT was executed in the Munich Stadelheim prison on July 22, 1943. 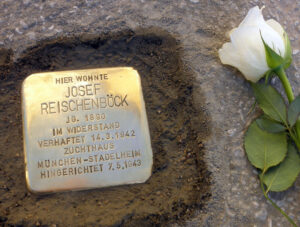 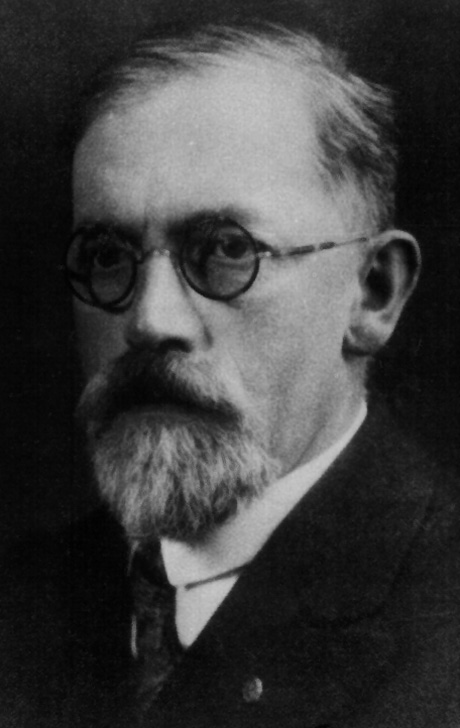 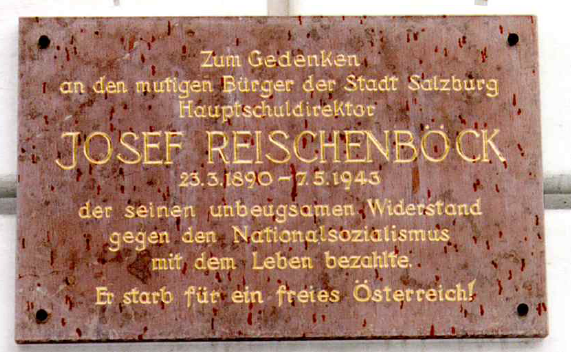 All stumbling stones at Fürstenweg 35