Paul (Salo) FISCHER was born in the imperial capital and residence city Vienna on August 31, 1876. He was the youngest of nine children of the Jewish couple Johanna Fischer née Budschowitz and Adolf Fischer, the Cantor at the Vienna City Temple and citizen of the city of Vienna.

Adolf Fischer died in 1888, Johanna Fischer in 1914, and both are buried in the Jewish section of the Vienna Central Cemetery at Gate 1.

In 1913 Paul FISCHER converted to the Roman Catholic faith and married a Catholic solo dancer in the Vienna Opera named Leopoldine Pohl in the St. Leopold Parish. The couple had two sons born in Vienna: Paul in 1914 and Otto in 1921.

Paul FISCHER had a successful musical career as a violinist at the Court Opera, member of the Vienna Philharmonic and the Court Orchestra (with the title Court Musician and Professor), and from 1905 also as second violinist in the famous Quartet of Arnold ROSÉ.

Paul FISCHER performed nine times with the Rosé-Quartet in the Salzburg Mozarteum’s Great Hall. Their first appearance was with two matinee concerts at the 1922 Salzburg Festival.

At the start of the 1930s Leopoldine and Paul FISCHER bought a small house in Morzg [just beyond Salzburg’s current southern city line], a property that was never confiscated by the Nazis because it was registered in Leopoldine’s name and she wasn’t of Jewish origin.

In March 1938 – even before the »Nuremberg Race Laws« came into force in Austria – 61 year old Paul FISCHER was forced into early retirement with a reduced pension and excluded from both the Vienna State Opera and the Vienna Philharmonic – and then he had to fight to get even the reduced pension.

In Nazi ruled Vienna the family FISCHER was in trouble and their distress was exacerbated by the death of 26 year old Paul Jr. in Paris in February 1941 – probably by suicide. In the spring of 1942 the family was forced out of their apartment in the 5th district and herded into a »collection residence« in the 2nd district – where the Nazis were collecting the city’s Jews in preparation for deporting them to the death camps.

By that time the 66 year old Paul FISCHER was suffering from Neuritis and he died in the second district’s Jewish Hospital at 16 Malzgasse on November 4, 1942.

His non-Jewish wife Leopoldine resisted all the pressures to get her to divorce Paul and that saved him from being deported to be murdered like so many other Viennese Jews. She survived the years of terror in Vienna along with her younger son Otto. 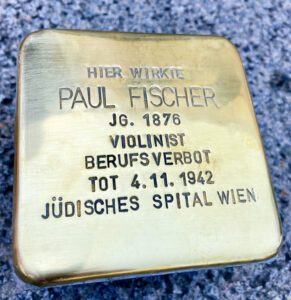 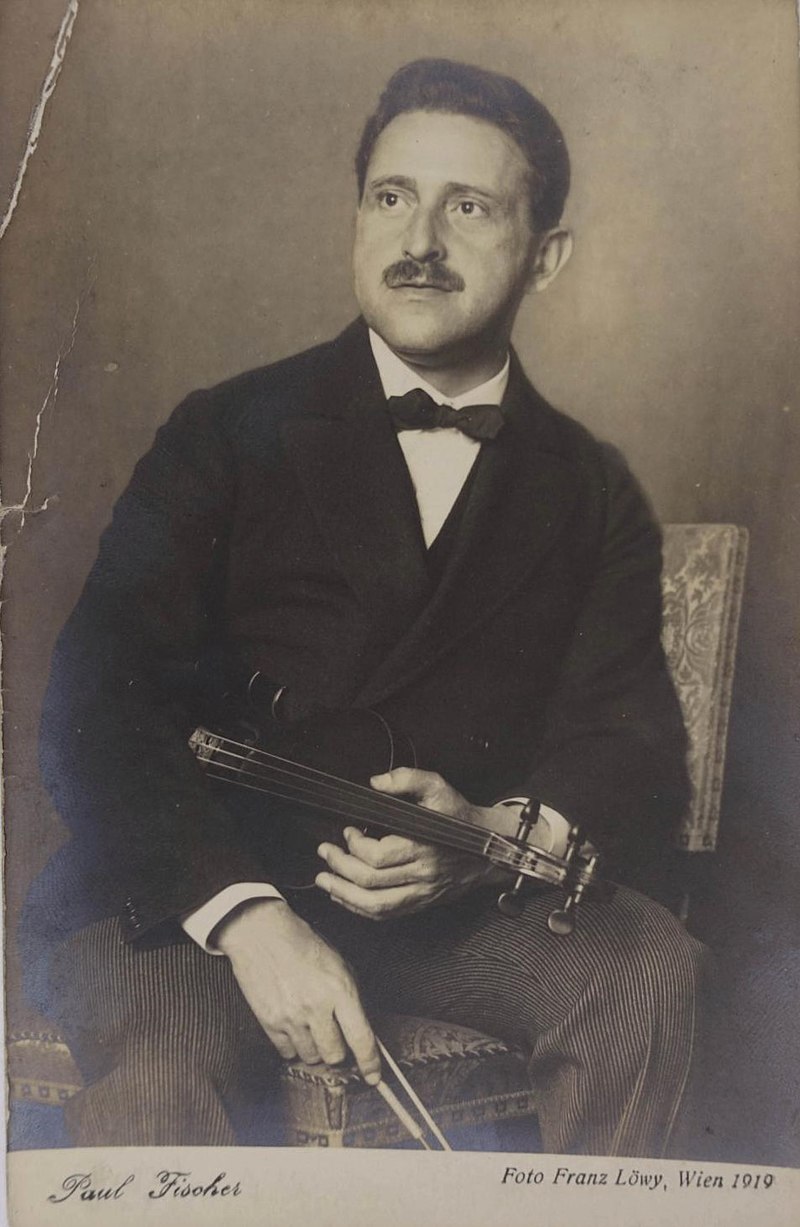