Margarete WRAUBEK,1 née Lieblich, was born in Budapest on December 13, 1863. She was a daughter of a Jewish couple: Charlotte Lieblich, née Grieshaber and Samuel Lieblich.

She converted to the Calvinist Reformed Church in Austria (Evangelical Church of the Helvetic Confession) and married Friedrich WRAUBEK in Vienna’s Reformed Church (16 Dorotheergasse in the 1st District) in November 1894. Friedrich WRAUBEK was a Roman Catholic who had been born in Gurahumora [which was in the Austrian Crown Land of Bukowina at the time and is now in Rumania] on November 26, 1858.

After WWI Margarete and Friedrich WRAUBEK moved to Salzburg, to the 1st floor of 5 Haydnstraße in the upper middle class Andrä-Quarter, and the couple had local citizenship rights there. Friedrich WRAUBEK died before Austria was annexed to Nazi Germany in March 1938.

In April 1939 the 76-year-old widow was evicted from her apartment in the Haydnstraße to make room for an official of the German Military Administration. Margarete WRAUBEK had to flee to Vienna.

The 78 year old In Vienna Margarete WRAUBEK’s last residence was in the 9th District at 16 Seegasse, the old age home of the Swedish Mission for Israel, which was a collection point for Jews who had converted to Protestantism.2

1 It is spelled Wraubeck in the Shoah Databank, but WRAUBEK in parish registers, the police registration files and the death records in Theresienstadt.

2 This was the deportation address of 155 victims, including the 77 year old widow Therese Hirsch, mother of the painter Felix Albrecht Harta (previously Hirsch), who returned to Salzburg from exile and died here in 1967. 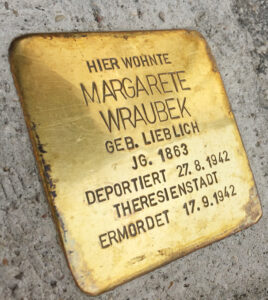 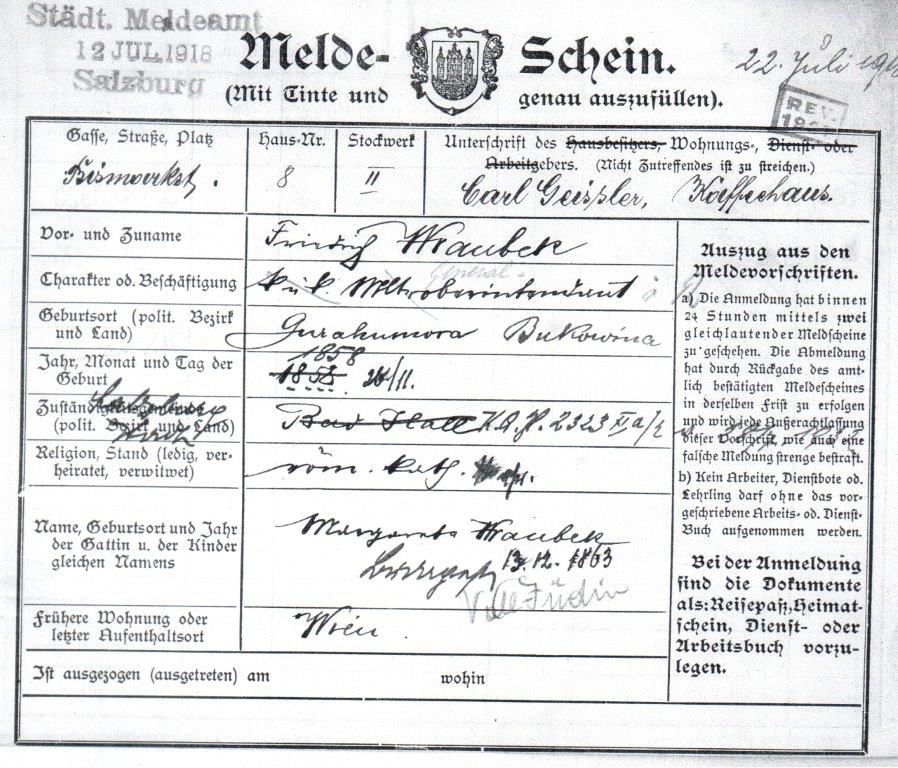 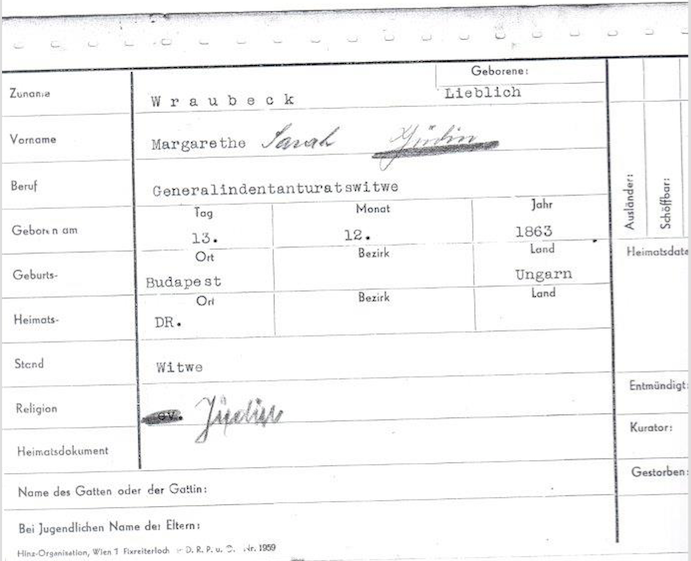 All stumbling stones at Haydnstraße 5